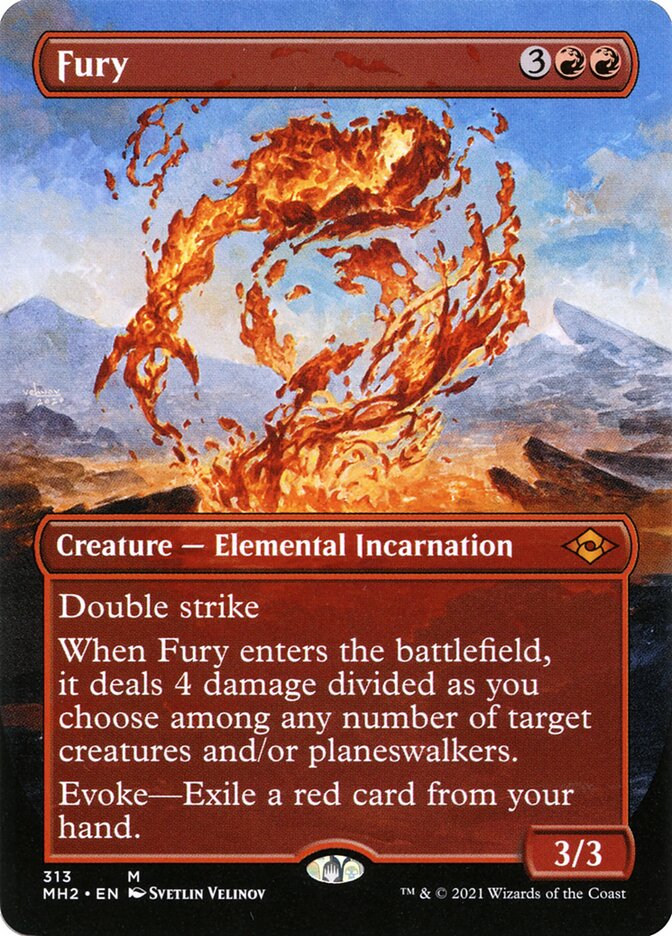 Double strike When Fury enters the battlefield, it deals 4 damage divided as you choose among any number of target creatures and/or planeswalkers. Evoke—Exile a red card from your hand.

Rules and information for Fury

You divide the damage as you put the triggered ability on the stack, not as it resolves. Each target must be assigned at least 1 damage. You can’t choose more than four targets and deal 0 damage to some of them.

If some of the targets are illegal as the triggered ability tries to resolve, the original division of damage still applies, but the damage that would have been dealt to the illegal targets isn’t dealt at all.

To determine the total cost of a spell, start with the mana cost or alternative cost you’re paying (such as an evoke cost), add any cost increases, then apply any cost reductions. The mana value of the spell is determined by only its mana cost, no matter what the total cost to cast that spell was.