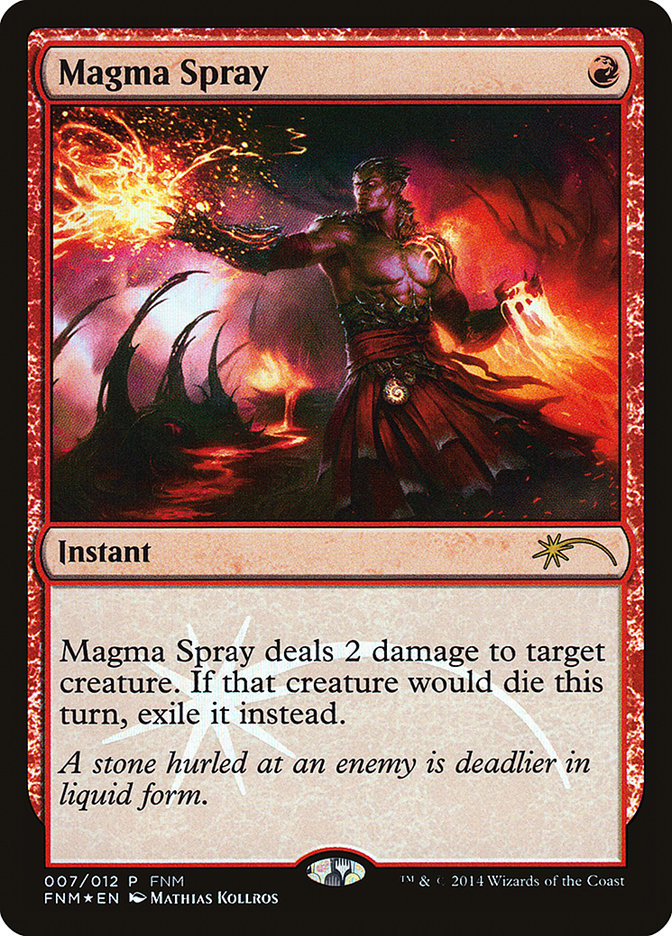 Magma Spray deals 2 damage to target creature. If that creature would die this turn, exile it instead.

A stone hurled at an enemy is deadlier in liquid form.

Rules and information for Magma Spray