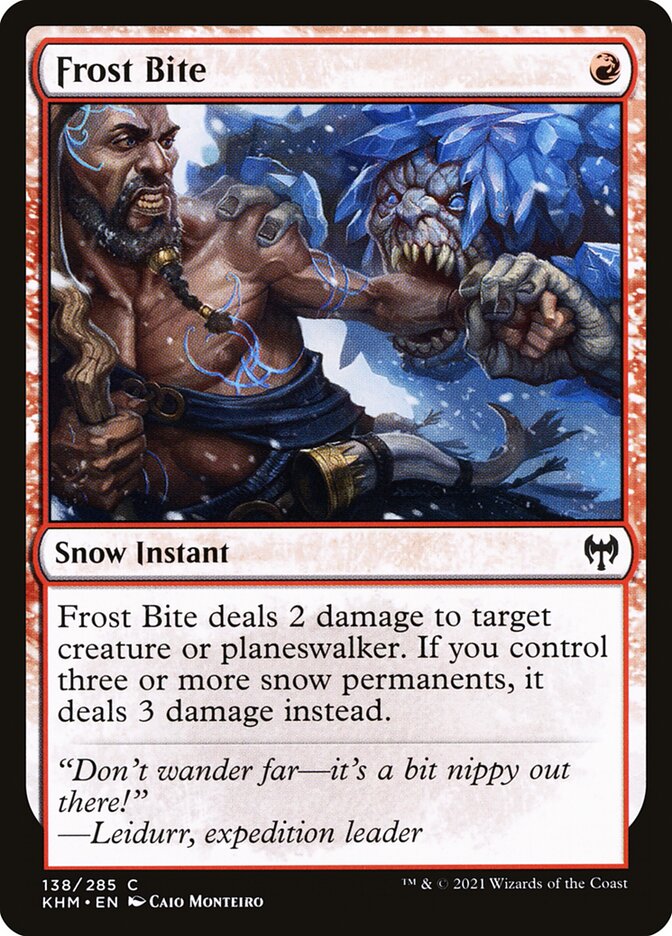 Frost Bite deals 2 damage to target creature or planeswalker. If you control three or more snow permanents, it deals 3 damage instead.

Rules and information for Frost Bite

Whether or not you control three or more snow permanents is checked as Frost Bite is resolving.