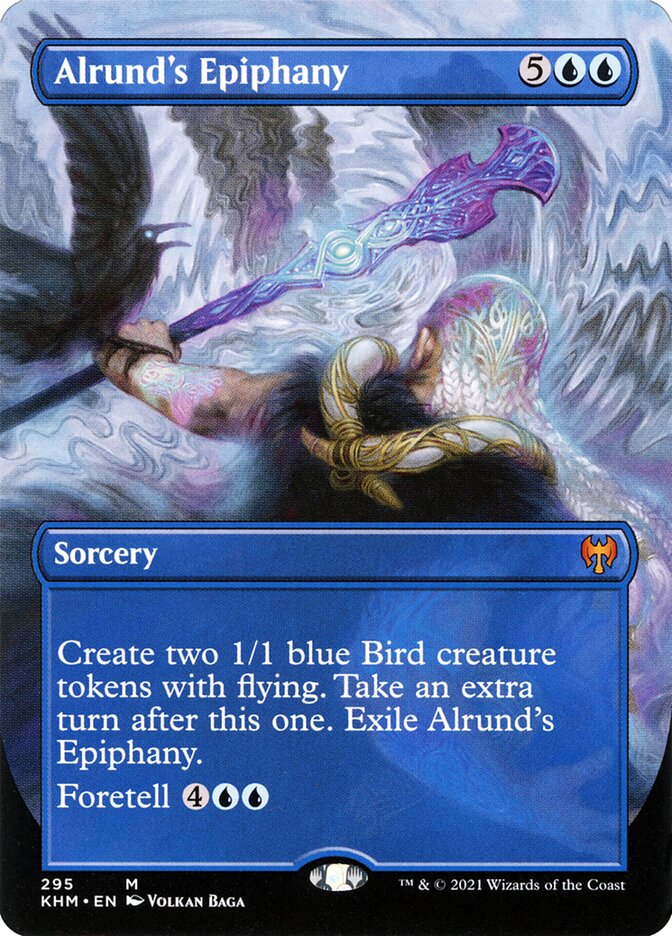 Create two 1/1 blue Bird creature tokens with flying. Take an extra turn after this one. Exile Alrund's Epiphany. Foretell {4} (During your turn, you may pay {2} and exile this card from your hand face down. Cast it on a later turn for its foretell cost.)

Rules and information for Alrund's Epiphany