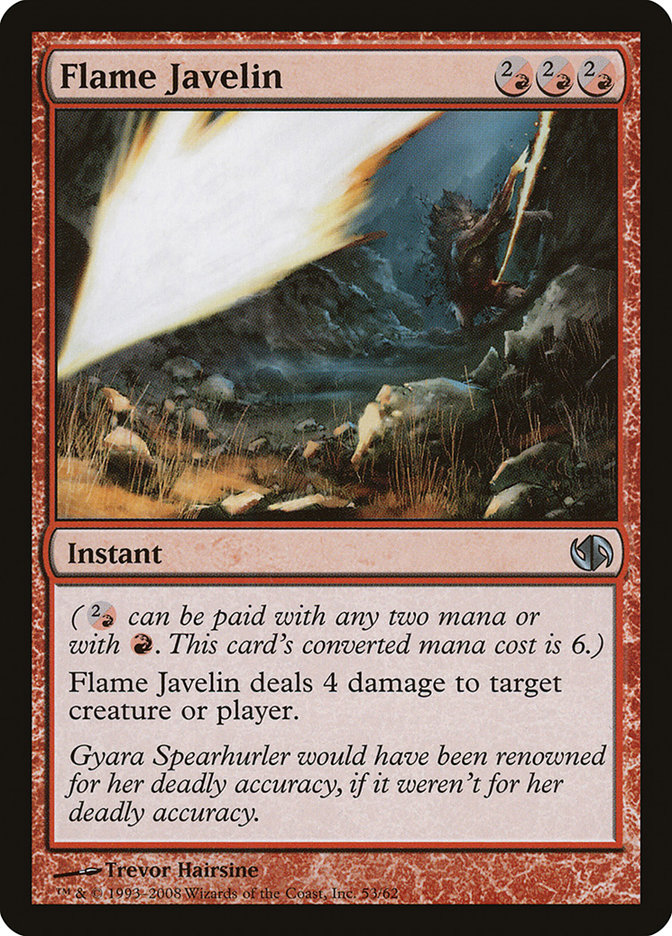 ({2/R} can be paid with any two mana or with . This card's mana value is 6.) Flame Javelin deals 4 damage to any target.

Rules and information for Flame Javelin

If a cost includes more than one monocolored hybrid mana symbol, you can choose a different way to pay for each symbol. For example, you can pay for Flame Javelin by spending , {2}, {4}, or {6}.

If an effect reduces the cost to cast a spell by an amount of generic mana, it applies to a monocolored hybrid spell only if you’ve chosen a method of paying for it that includes generic mana.

A card with a monocolored hybrid mana symbol in its mana cost is each of the colors that appears in its mana cost, regardless of what mana was spent to cast it. Thus, Flame Javelin is red even if you spend six green mana to cast it.