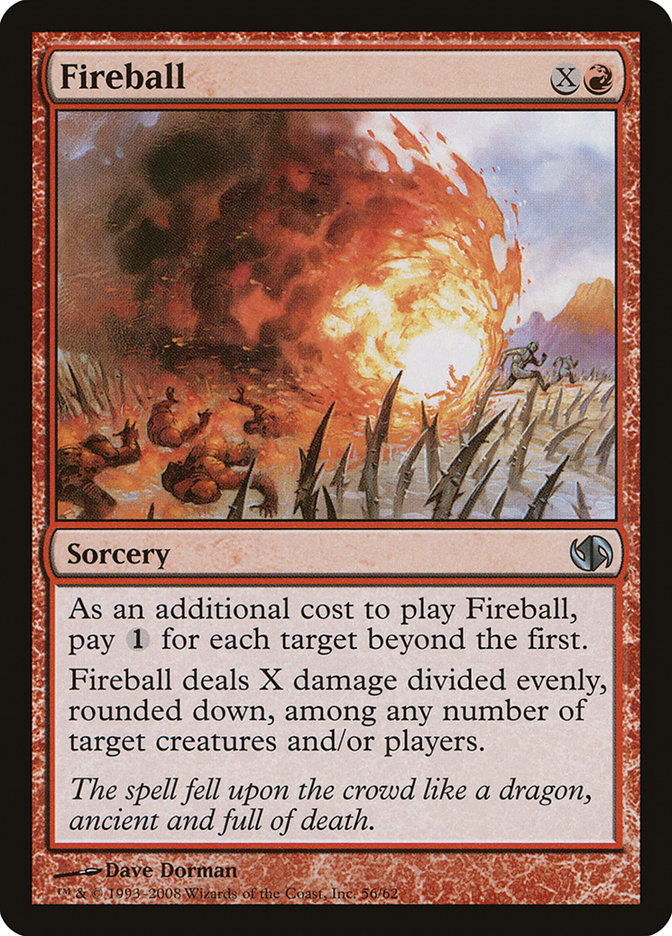 This spell costs more to cast for each target beyond the first. Fireball deals X damage divided evenly, rounded down, among any number of targets.

The spell fell upon the crowd like a dragon, ancient and full of death.

Rules and information for Fireball

For example, if X is 5 and you choose three target creatures, Fireball has a total cost of {7} (even though its mana cost is just {5} and its converted mana cost is 6). If those creatures are all still legal targets as Fireball resolves, it deals 1 damage to each of them.

You may cast Fireball with zero targets, regardless of the value chosen for X. If you do so, it will not be a targeted spell, and no damage will actually be dealt when it resolves.

You can target more than X creatures. However, if the number of legal targets at the time Fireball resolves is greater than X, none of them will be dealt any damage.