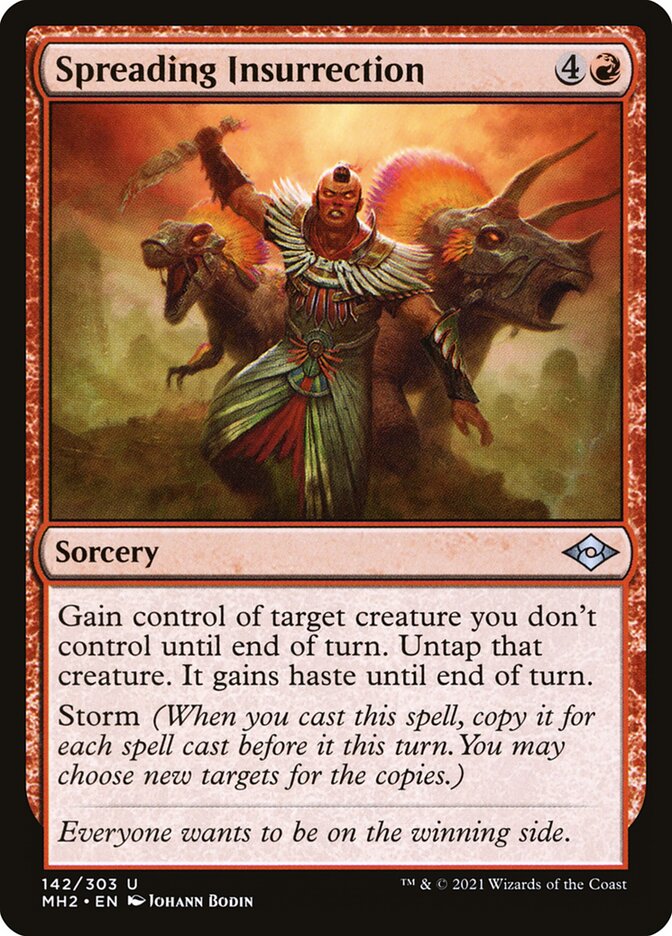 Gain control of target creature you don't control until end of turn. Untap that creature. It gains haste until end of turn. Storm (When you cast this spell, copy it for each spell cast before it this turn. You may choose new targets for the copies.)

Everyone wants to be on the winning side.

Rules and information for Spreading Insurrection

Spells cast from zones other than a player’s hand and spells that were countered or otherwise failed to resolve are counted by the storm ability.

If a spell with storm has targets, you may choose new targets for any of the copies. You can make different choices for each copy.