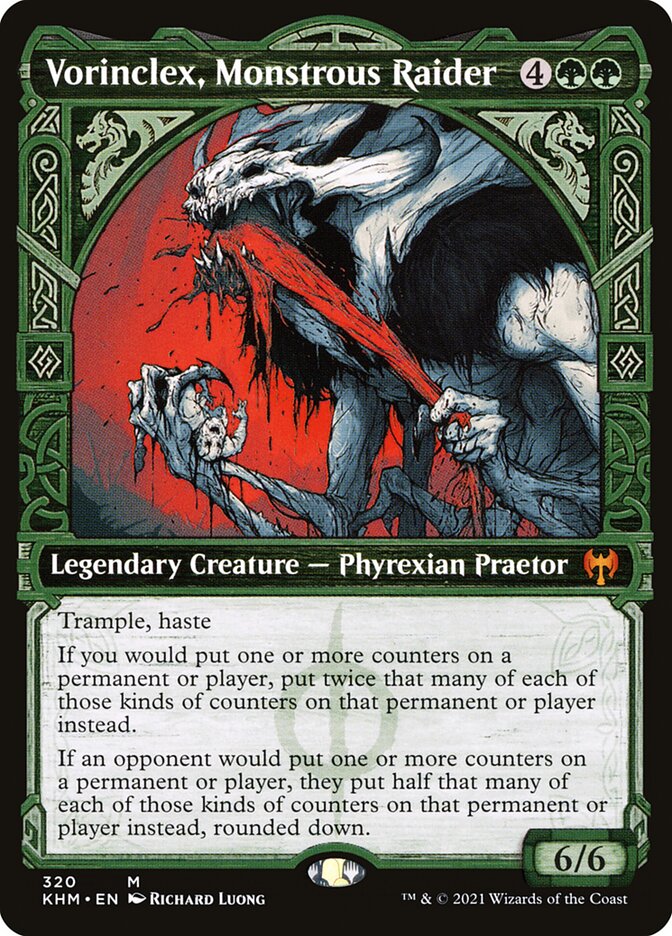 Unlike many similar effects, Vorinclex cares deeply about who is putting the counters on the permanent or player to determine which of its two last abilities applies.

If two or more effects attempt to modify how many counters would be put onto a permanent you control, you choose the order to apply those effects, no matter who controls the sources of those effects.