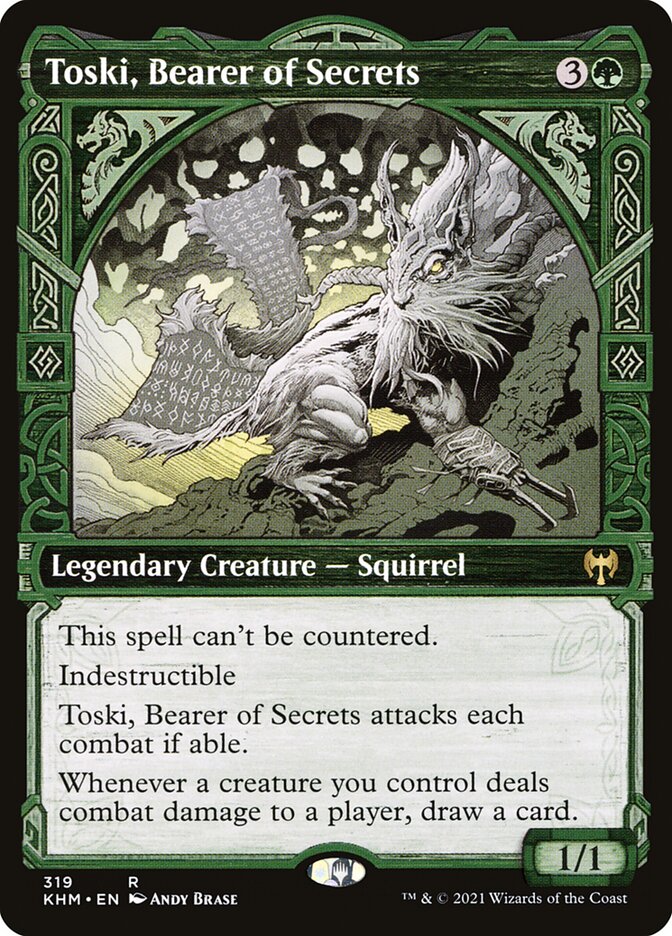 This spell can't be countered. Indestructible Toski, Bearer of Secrets attacks each combat if able. Whenever a creature you control deals combat damage to a player, draw a card.

Rules and information for Toski, Bearer of Secrets

If Toski can’t attack for some reason (such as being tapped or having come under that player’s control that turn), then it doesn’t attack. If there’s a cost associated with having it attack, you aren’t forced to pay that cost, so it doesn’t have to attack in that case either.