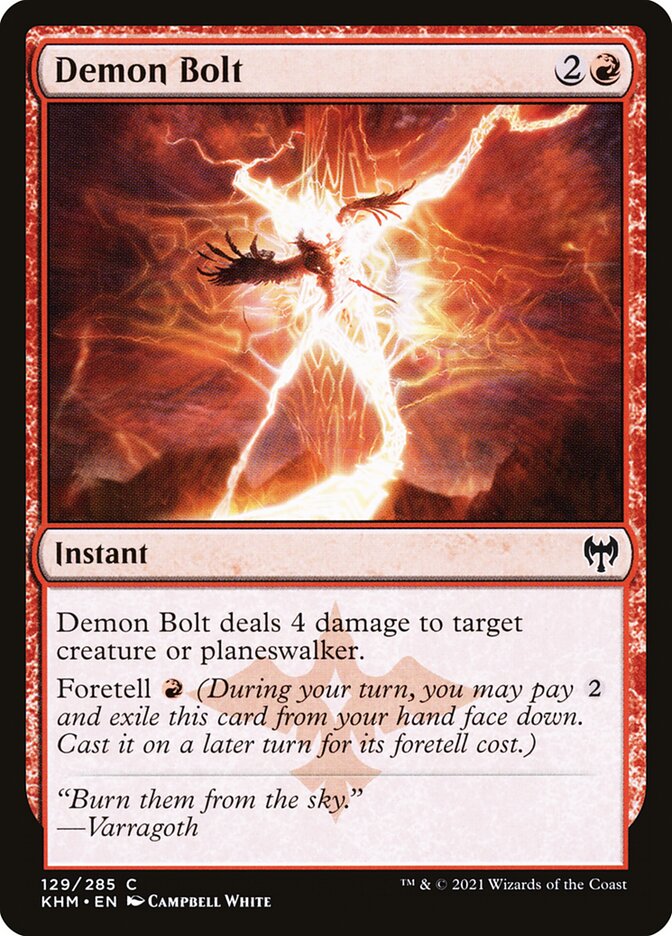 Demon Bolt deals 4 damage to target creature or planeswalker. Foretell (During your turn, you may pay {2} and exile this card from your hand face down. Cast it on a later turn for its foretell cost.)

"Burn them from the sky." —Varragoth

Rules and information for Demon Bolt