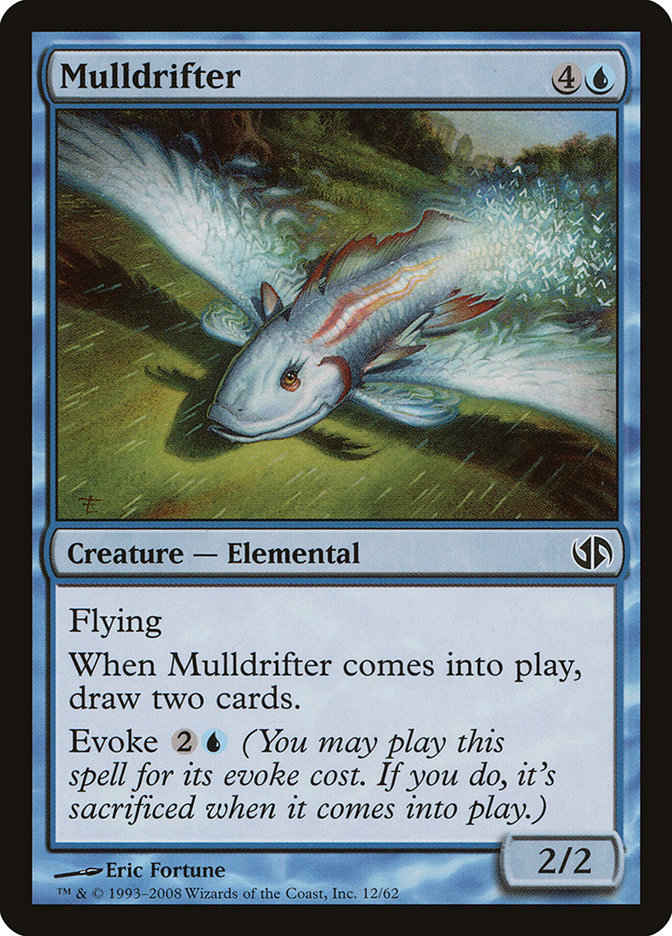 Rules and information for Mulldrifter

To determine the total cost of a spell, start with the mana cost or alternative cost you’re paying (such as an evoke cost), add any cost increases, then apply any cost reductions. The mana value of the spell is determined by only its mana cost, no matter what the total cost to cast that spell was.