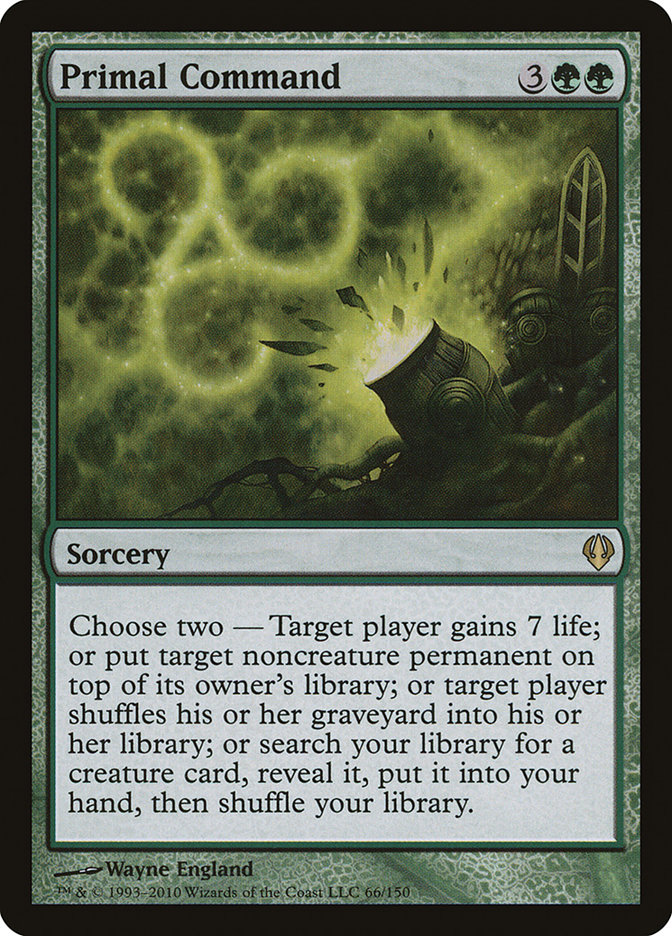 Choose two — • Target player gains 7 life. • Put target noncreature permanent on top of its owner's library. • Target player shuffles their graveyard into their library. • Search your library for a creature card, reveal it, put it into your hand, then shuffle.

Rules and information for Primal Command

Primal Command’s modes are performed in the order listed. If you put a noncreature permanent on top of its owner’s library and have that player shuffle their graveyard into their library, that card is shuffled away.

Primal Command won’t be put into your graveyard until after it’s finished resolving, which means it won’t be shuffled into your library as part of its own effect if you target yourself with its third mode.