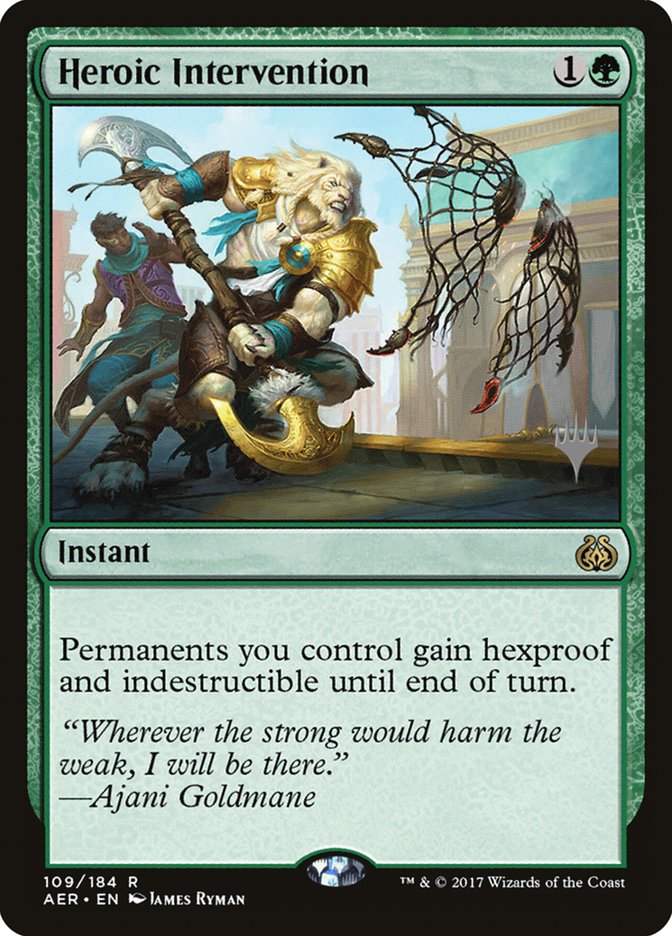 Permanents you control gain hexproof and indestructible until end of turn.

"Wherever the strong would harm the weak, I will be there." —Ajani Goldmane

Rules and information for Heroic Intervention

The set of permanents affected by Heroic Intervention is determined as the spell resolves. Permanents you begin to control later in the turn won’t gain hexproof and indestructible.

A planeswalker with indestructible still loses loyalty counters as it’s dealt damage and will still be put into its owner’s graveyard if its loyalty reaches 0.