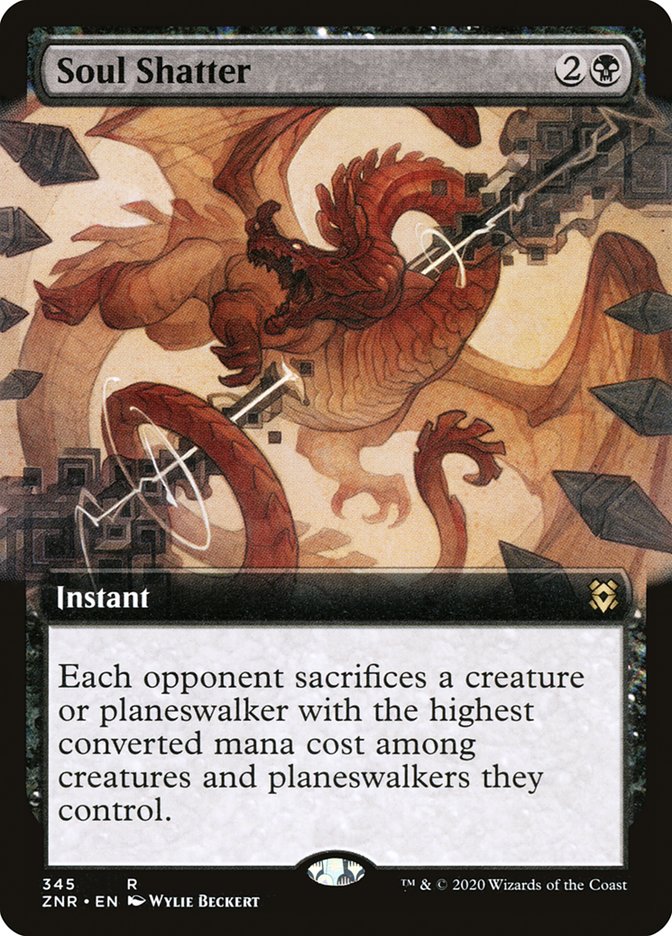 Each opponent sacrifices a creature or planeswalker with the highest mana value among creatures and planeswalkers they control.

Rules and information for Soul Shatter

As Soul Shatter resolves, first the opponent whose turn it is (or the next opponent in turn order, if it’s your turn) chooses a creature or planeswalker they control with the highest converted mana cost among that player’s creatures and planeswalkers, then each other opponent in turn order does the same, knowing the choices made before them. Then all of the chosen permanents are sacrificed at the same time.