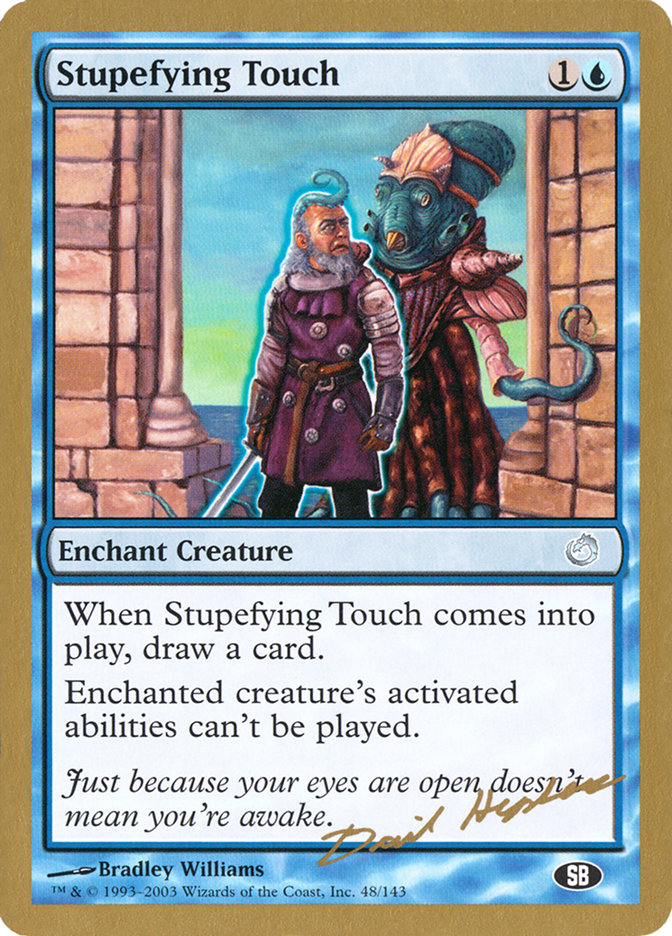 Just because your eyes are open doesn't mean you're awake.

Rules and information for Stupefying Touch