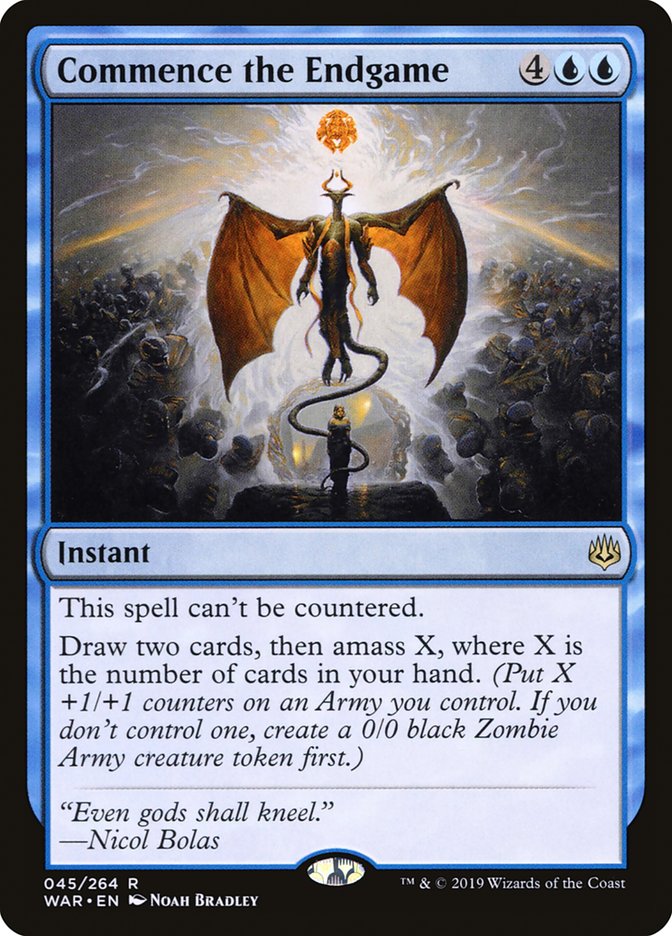 Text of card Commence the Endgame

This spell can't be countered. Draw two cards, then amass X, where X is the number of cards in your hand. (Put X +1/+1 counters on an Army you control. If you don't control one, create a 0/0 black Zombie Army creature token first.)

"Even gods shall kneel." —Nicol Bolas

Rules and information for Commence the Endgame

You draw two cards and amass X all while Commence the Endgame is resolving. Nothing can happen between the two, and no player may choose to take actions.

Army is a new creature type. It’s possible to control a nontoken Army (perhaps a creature with the changeling ability) and, through combinations of other cards, it’s possible to control multiple Army tokens. When instructed to amass, you may put +1/+1 counters on any of your Army creatures, and you may choose a different one each time.