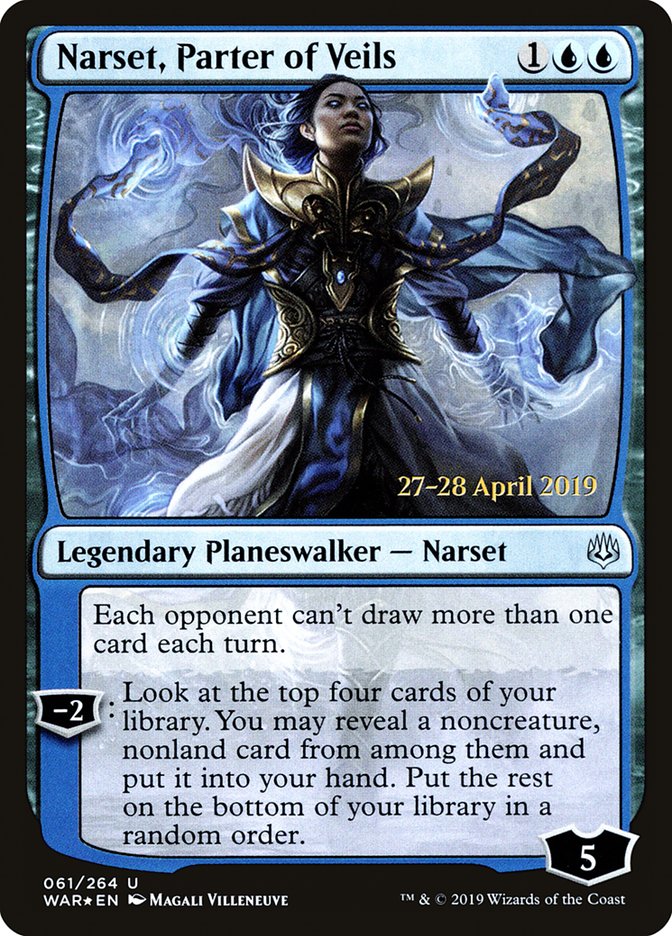 Each opponent can't draw more than one card each turn.
-2: Look at the top four cards of your library. You may reveal a noncreature, nonland card from among them and put it into your hand. Put the rest on the bottom of your library in a random order.

Rules and information for Narset, Parter of Veils

Your opponents can each draw a maximum of one card each on each player’s turn. Subsequent card draws during that turn are ignored.

If an opponent hasn’t drawn any cards in a turn and a spell or ability instructs that player to draw multiple cards, that player will just draw one card. However, if the draws are optional, the player can’t choose to draw, even if they could draw one card this way.