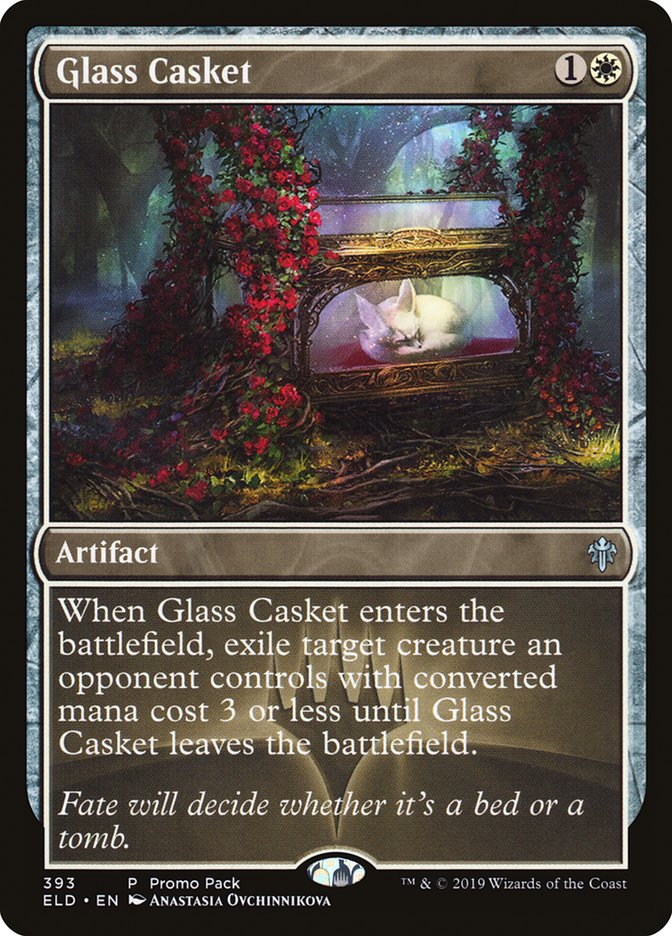 Fate will decide whether it's a bed or a tomb.

Rules and information for Glass Casket

If Glass Casket leaves the battlefield before its triggered ability resolves, the target creature won’t be exiled.

If a token is exiled this way, it will cease to exist and won’t return to the battlefield.