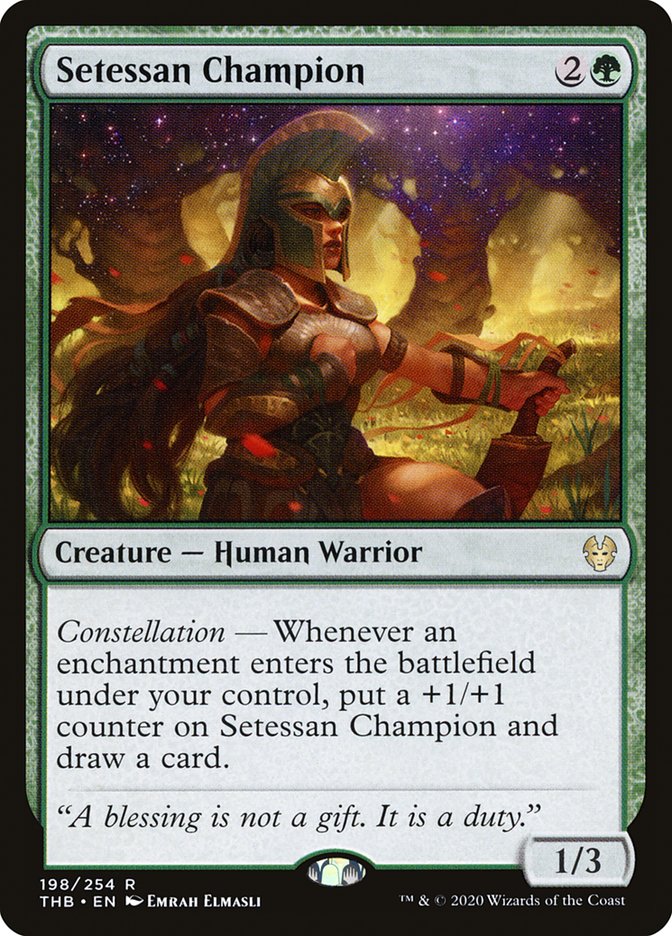 Constellation — Whenever an enchantment enters the battlefield under your control, put a +1/+1 counter on Setessan Champion and draw a card.

Rules and information for Setessan Champion

An Aura spell that has an illegal target when it tries to resolve doesn’t resolve and is instead put into its owner’s graveyard. It doesn’t enter the battlefield, so constellation abilities don’t trigger.