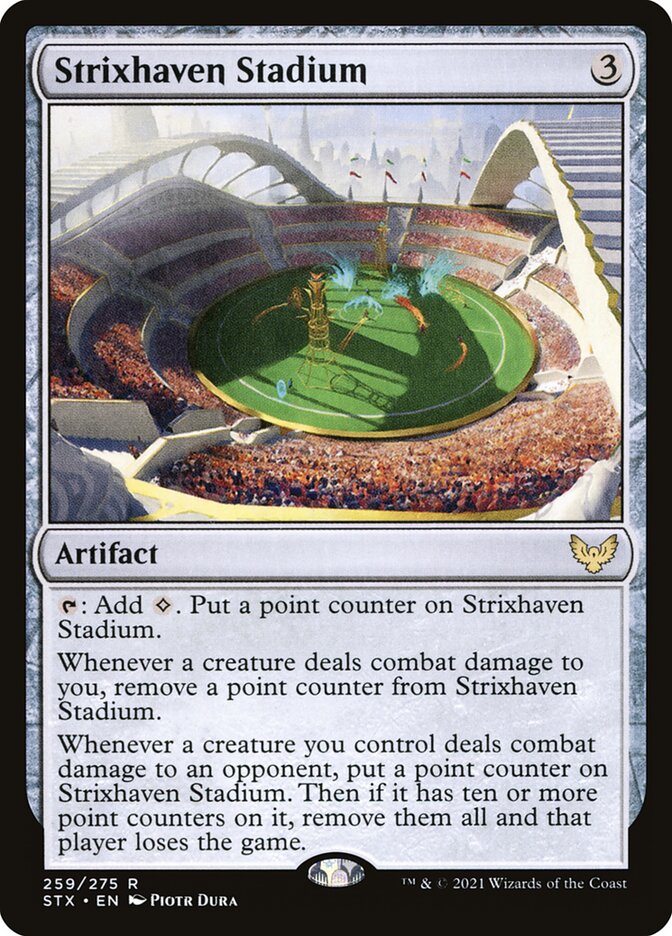 Rules and information for Strixhaven Stadium

“That player” refers to the opponent who was dealt damage.

If multiple creatures deal combat damage to you or an opponent at the same time, the appropriate ability of Strixhaven Stadium will trigger that many times. You can put these abilities on the stack in any order. The last ability put on the stack will be the first to resolve.

In a multiplayer game, if creatures you control deal combat damage to multiple opponents at the same time, the last ability will trigger multiple times. However, because the counters are removed, it is difficult (but not impossible) to make multiple players lose the game from this ability in the same combat phase.

The check for ten or more point counters happens only as the last ability is resolving. Notably, if you add the tenth point counter some other way, no one will lose the game . . . yet.