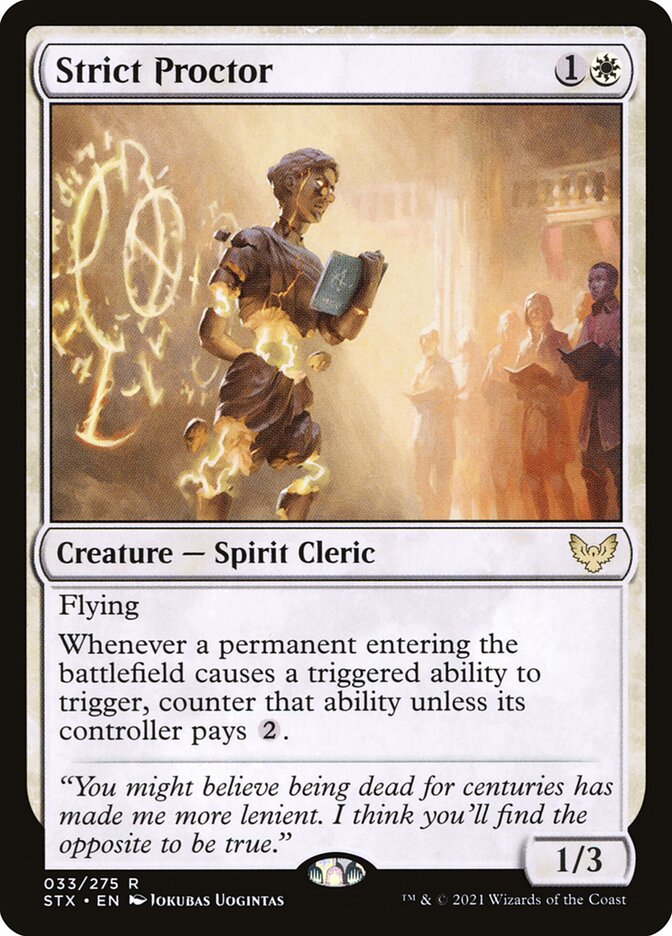 Flying Whenever a permanent entering the battlefield causes a triggered ability to trigger, counter that ability unless its controller pays {2}.

"You might believe being dead for centuries has made me more lenient. I think you'll find the opposite to be true."

Rules and information for Strict Proctor

Triggered abilities use the word “when,” “whenever,” or “at.” They’re often written as “
-rigger condition],
-ffect].”