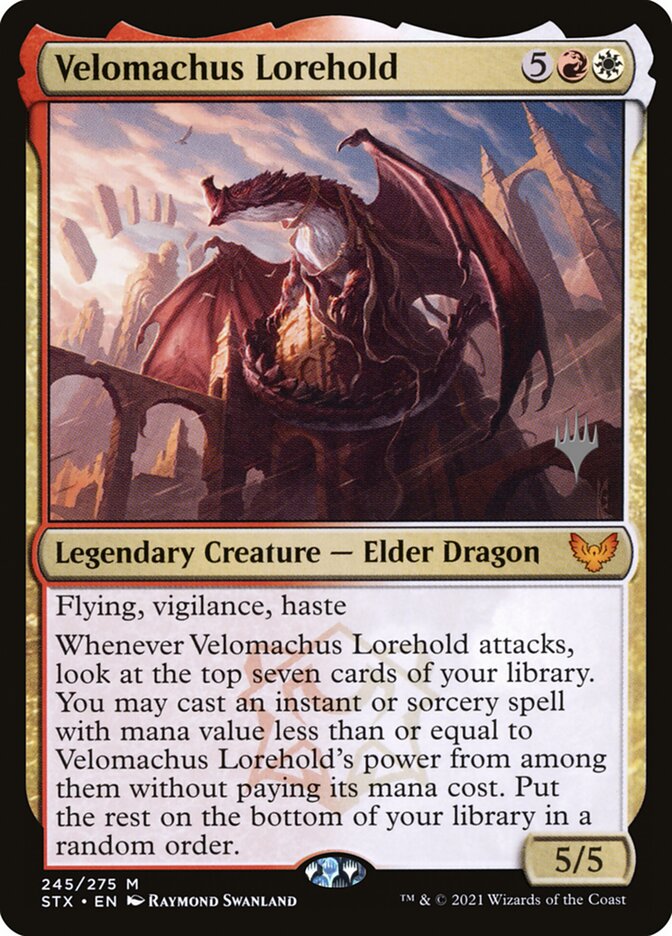 Rules and information for Velomachus Lorehold

When Velomachus Lorehold’s triggered ability resolves, it lets you cast a spell immediately, ignoring timing restrictions. It does not let you cast that spell later in the turn.

If you choose not to cast a spell this way, all of the cards will be put on the bottom of the library in a random order.

If you’re casting a spell with in its cost without paying its mana cost, you must choose 0 for the value of X.