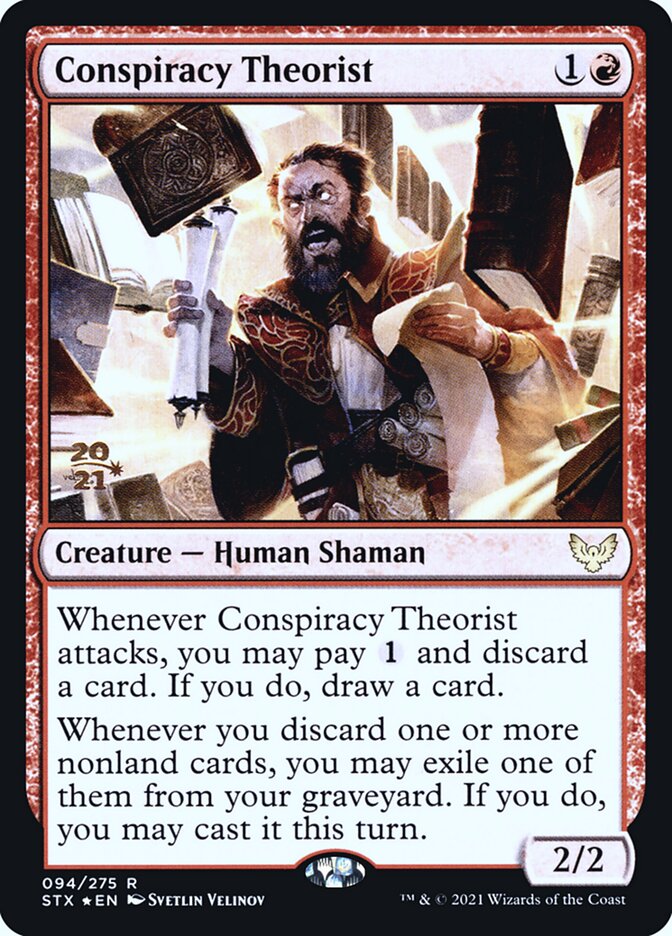 Whenever Conspiracy Theorist attacks, you may pay and discard a card. If you do, draw a card. Whenever you discard one or more nonland cards, you may exile one of them from your graveyard. If you do, you may cast it this turn.

Rules and information for Conspiracy Theorist

The card exiled by the second ability is exiled face up. Casting it follows the normal rules for casting that card. You must pay its costs, and you must follow all applicable timing rules. For example, if it’s a creature card, you can cast it only during your main phase while the stack is empty. In most cases, if you exile a non-instant card during an opponent’s turn, you won’t be able to cast it that turn.