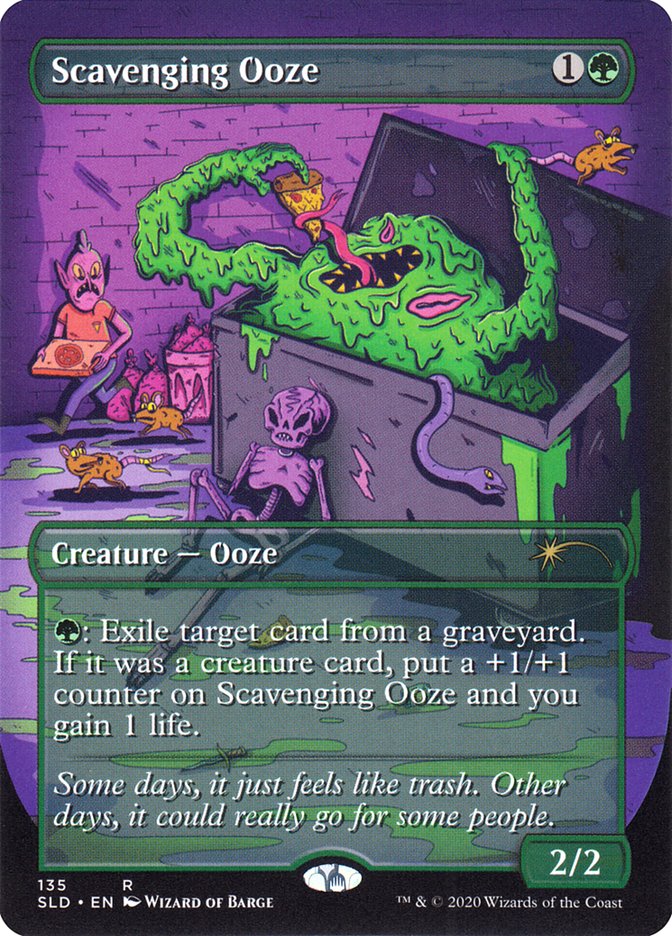 : Exile target card from a graveyard. If it was a creature card, put a +1/+1 counter on Scavenging Ooze and you gain 1 life.

Some days, it just feels like trash. Other days, it could really go for some people.

Rules and information for Scavenging Ooze

If the target card is an illegal target when the ability tries to resolve, it won’t resolve and none of its effects will happen. No +1/+1 counter will be put on Scavenging Ooze and you won’t gain life. Notably, this means that if you activate Scavenging Ooze’s ability multiple times targeting the same creature card, only the first instance of the ability to resolve will have any effect.