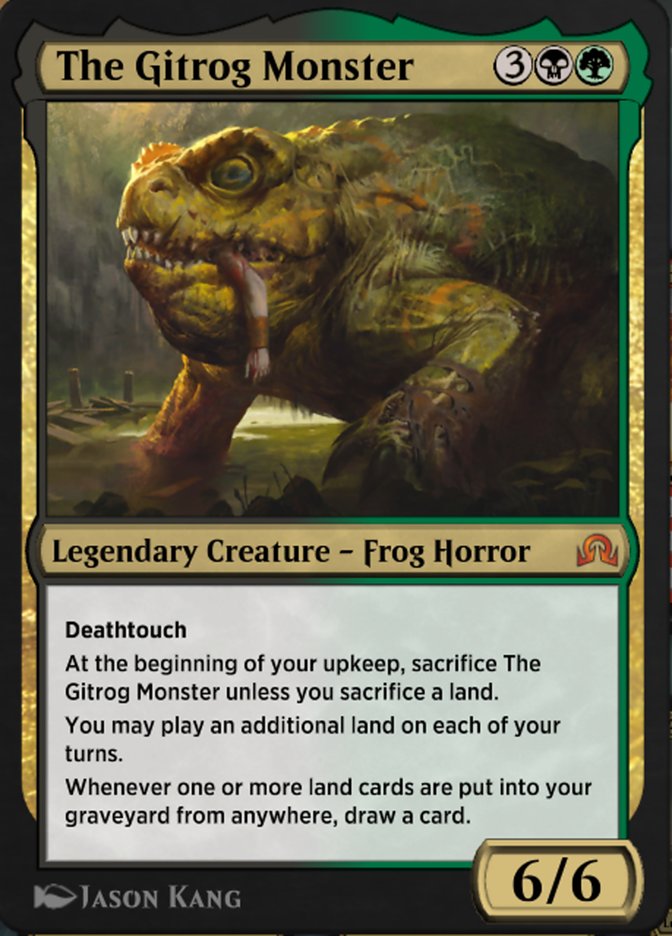 Text of card The Gitrog Monster

Deathtouch At the beginning of your upkeep, sacrifice The Gitrog Monster unless you sacrifice a land. You may play an additional land on each of your turns. Whenever one or more land cards are put into your graveyard from anywhere, draw a card.

Rules and information for The Gitrog Monster

If multiple land cards are put into your graveyard at once, The Gitrog Monster’s last ability triggers only once. This could happen because an effect (such as that of Crawling Sensation’s first ability) put them there from your library at once, or because they were destroyed at the same time (such as two land creatures that were dealt lethal combat damage).