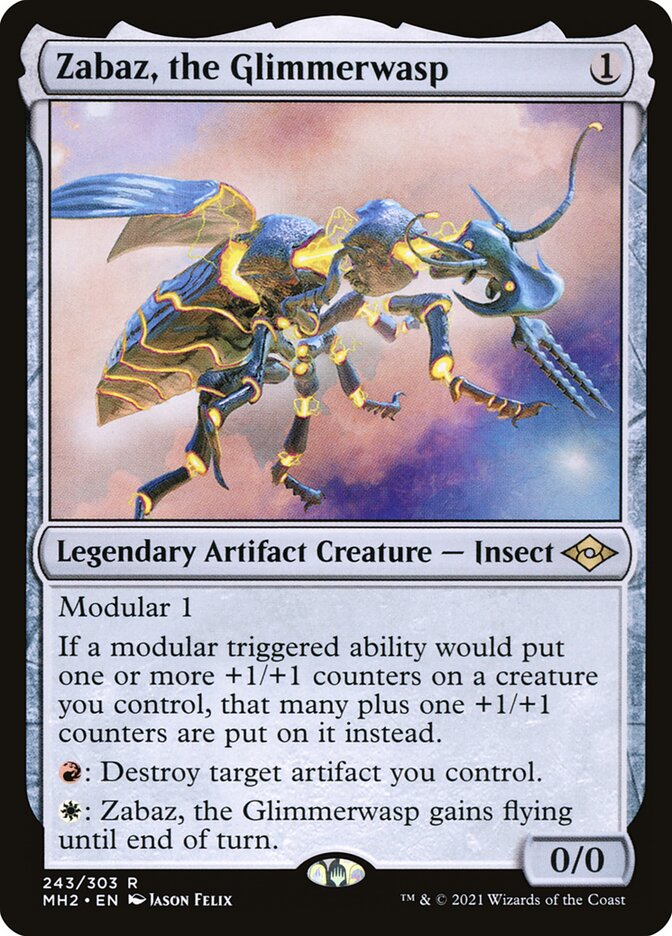 Modular 1 If a modular triggered ability would put one or more +1/+1 counters on a creature you control, that many plus one +1/+1 counters are put on it instead. : Destroy target artifact you control. : Zabaz, the Glimmerwasp gains flying until end of turn.

Zabaz the Glimmerwasp’s replacement effect requires it to be on the battlefield to work. Notably, that means it won’t increase the counters given by its own modular ability.