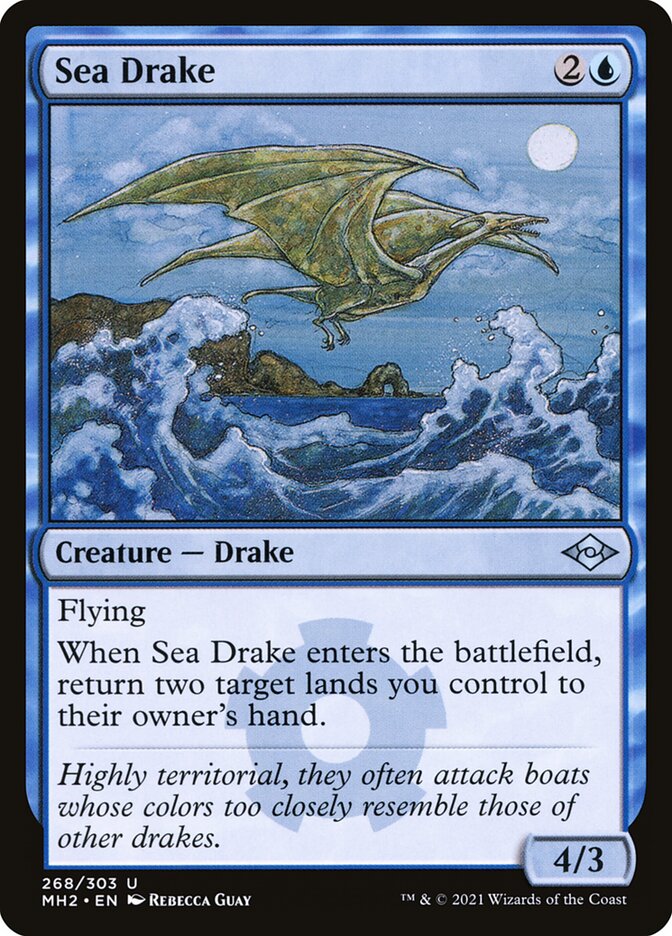 Highly territorial, they often attack boats whose colors too closely resemble those of other drakes.

Rules and information for Sea Drake

Although you must choose two lands you control as the targets of Sea Drake’s triggered ability, there is no consequence to Sea Drake if the ability doesn’t resolve. If one of the lands becomes an illegal target in response, the remaining legal target will be returned to its owner’s hand. If both targets have become illegal in response, nothing happens.

If you can’t target two lands you control with the triggered ability (perhaps because you control fewer than two lands), the ability will be removed from the stack. You won’t return any lands. There is no consequence for this.