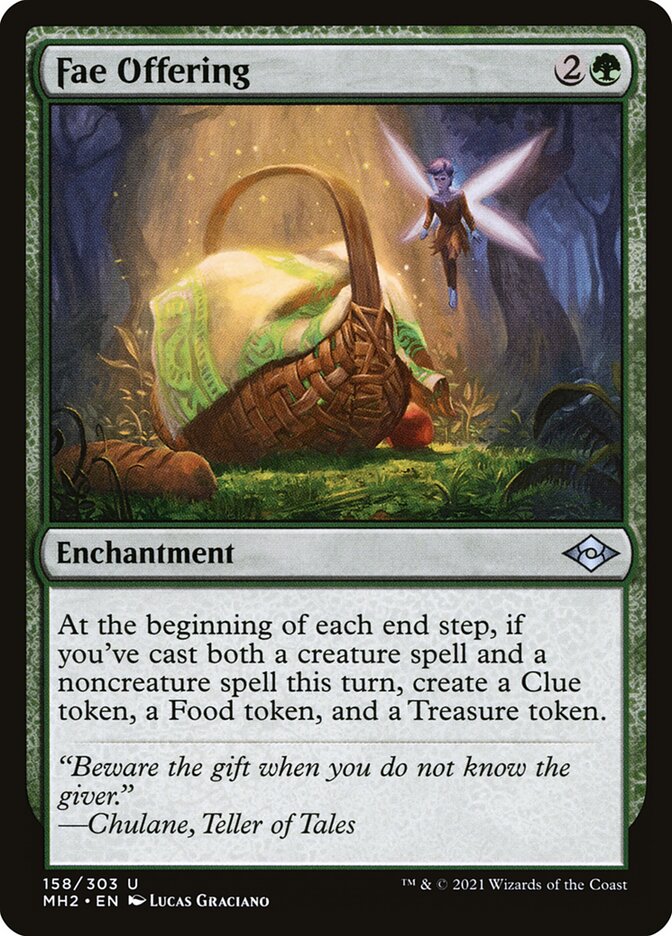 At the beginning of each end step, if you've cast both a creature spell and a noncreature spell this turn, create a Clue token, a Food token, and a Treasure token.

"Beware the gift when you do not know the giver." —Chulane, Teller of Tales

Rules and information for Fae Offering

It doesn’t matter what happened to the spells after you cast them. They each may have resolved, been countered, failed to resolve for some other reason, or another player may have gained control of them. As long as you cast a creature spell and a noncreature spell that turn, the ability will trigger.

If an effect replaces the number or type of tokens you would create, it applies to each of these tokens individually. For example, if you control Fae Offering and Academy Manufactor, you will create three of each type when the triggered ability resolves.

Creating a Clue token this way isn’t the same thing as investigating. Notably, an ability that triggers whenever you investigate won’t trigger because Fae Offering’s ability created a Clue token.