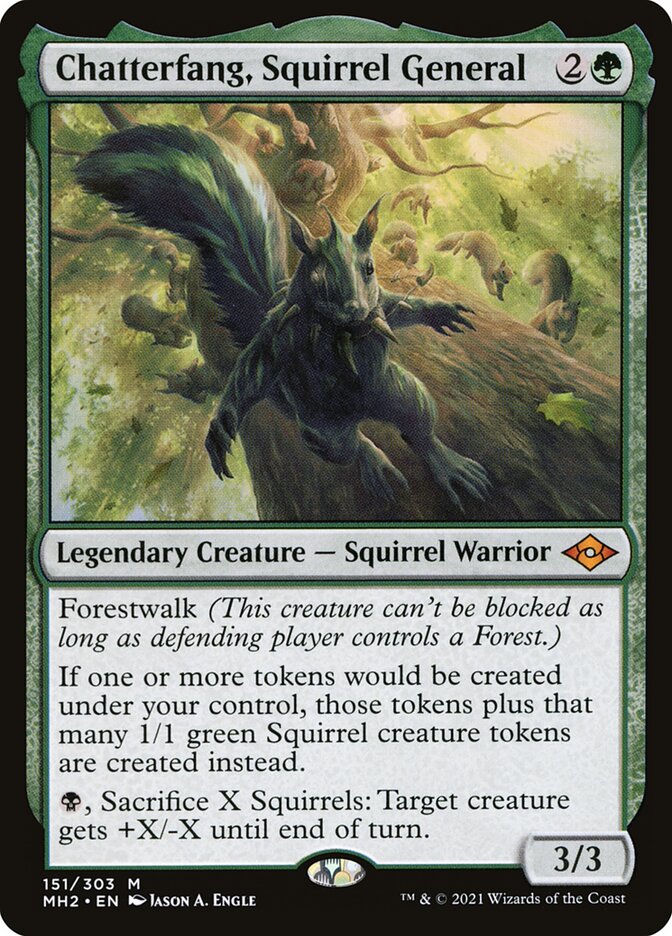 Forestwalk (This creature can't be blocked as long as defending player controls a Forest.) If one or more tokens would be created under your control, those tokens plus that many 1/1 green Squirrel creature tokens are created instead. , Sacrifice X Squirrels: Target creature gets +X/-X until end of turn.

Chatterfang’s second ability applies to all kinds of tokens, including Clue, Food, and Treasure tokens.

The additional Squirrel tokens won’t have any abilities the other tokens were created with. Anything else specified in the effect creating the token (such as tapped, attacking, “That token gains haste,” or “Exile that token at end of combat”) applies to both the original tokens and the Squirrels.

You don’t need to control the spell or ability that creates the tokens, but you do have to be the one creating the tokens for Chatterfang’s ability to apply.