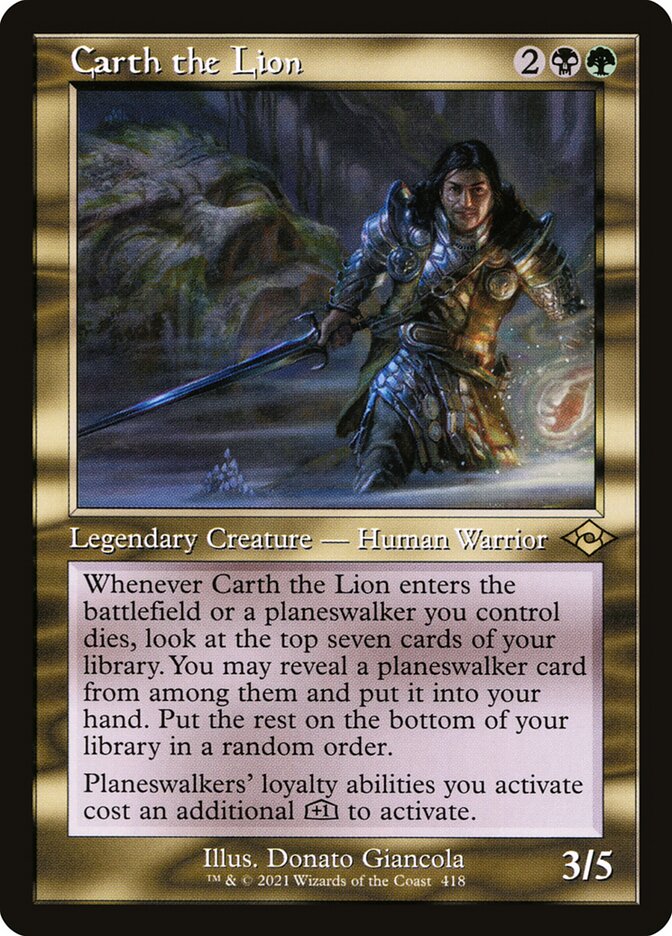 Text of card Carth the Lion

Whenever Carth the Lion enters the battlefield or a planeswalker you control dies, look at the top seven cards of your library. You may reveal a planeswalker card from among them and put it into your hand. Put the rest on the bottom of your library in a random order. Planeswalkers' loyalty abilities you activate cost an additional
+1] to activate.

Rules and information for Carth the Lion

If you somehow manage to control two Carths (perhaps because of Spark Double), the cost-changing effect is cumulative. In total, loyalty abilities will cost an additional
+2] to activate.

The total cost of a planeswalker’s loyalty ability is calculated before any counters are added or removed. If a loyalty ability normally costs
-] to activate, you do not remove three counters from it and then put one counter on it. You remove two counters at one time when you pay the cost.

If an effect replaces the number of counters that would be placed on a planeswalker, such as that of Vorinclex, Monstrous Raider, that replacement happens only once, at the time payment is made.