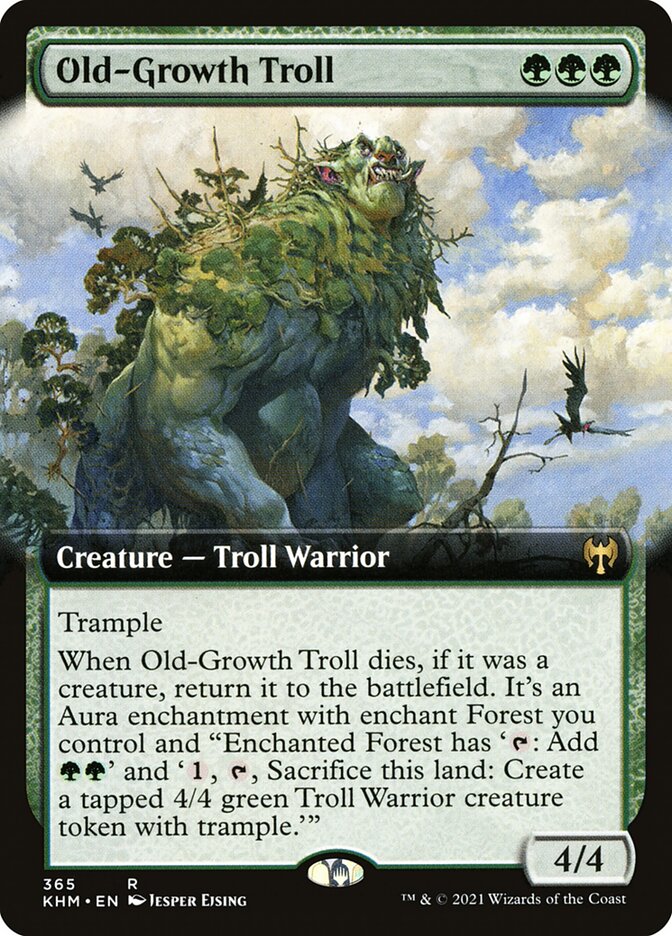 Trample When Old-Growth Troll dies, if it was a creature, return it to the battlefield. It's an Aura enchantment with enchant Forest you control and "Enchanted Forest has ': Add ' and ', , Sacrifice this land: Create a tapped 4/4 green Troll Warrior creature token with trample.'"

Rules and information for Old-Growth Troll

If there’s nothing for Old-Growth Troll to legally enchant, it remains in its owner’s graveyard.

If a token is a copy of Old-Growth Troll, it won’t return from its owner’s graveyard.

If a nontoken permanent that's a copy of Old-Growth Troll dies while it is a creature, it will return to the battlefield as an Aura with both its own normal abilities and the two new abilities granted by old-Growth Troll. The resulting permanent will also retain its name, colors, and supertypes, but it will be an Aura enchantment with no other types or subtypes.