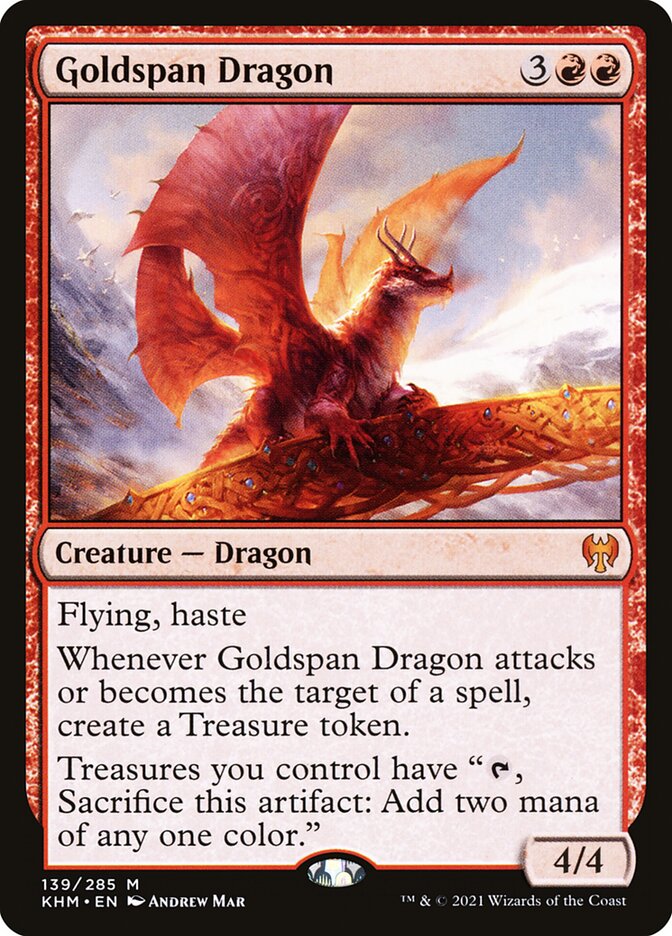 Flying, haste Whenever Goldspan Dragon attacks or becomes the target of a spell, create a Treasure token. Treasures you control have ", Sacrifice this artifact: Add two mana of any one color."

Rules and information for Goldspan Dragon

If a spell targets Goldspan Dragon more than once, the triggered ability will trigger only once.

An ability that triggers when a creature becomes the target of a spell resolves before the spell that caused it to trigger. Such an ability resolves even if that spell is countered.

Players can cast spells and activate abilities after the triggered ability resolves but before the spell that caused it to trigger does.