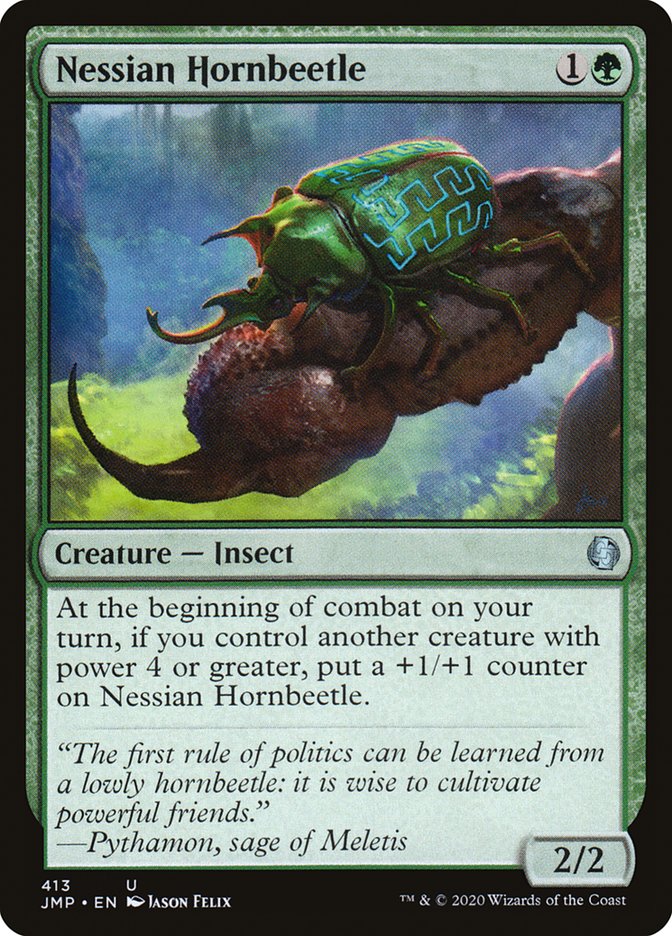 At the beginning of combat on your turn, if you control another creature with power 4 or greater, put a +1/+1 counter on Nessian Hornbeetle.

"The first rule of politics can be learned from a lowly hornbeetle: it is wise to cultivate powerful friends." —Pythamon, sage of Meletis

Nessian Hornbeetle’s ability only gives it one +1/+1 counter, no matter how many creatures with power 4 or greater you control beyond the first.