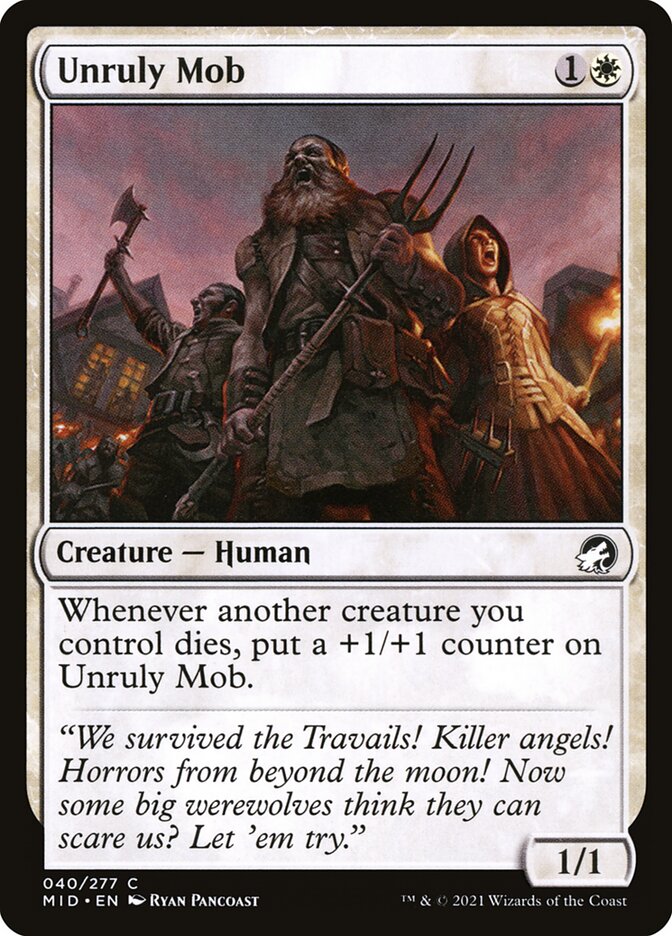 Whenever another creature you control dies, put a +1/+1 counter on Unruly Mob.

"We survived the Travails! Killer angels! Horrors from beyond the moon! Now some big werewolves think they can scare us? Let 'em try."

Rules and information for Unruly Mob

If Unruly Mob and another creature you control die simultaneously (perhaps because they were both attacking or blocking), Unruly Mob won’t be on the battlefield as its triggered ability resolves. It can’t be saved by the +1/+1 counter that would have been put on it.