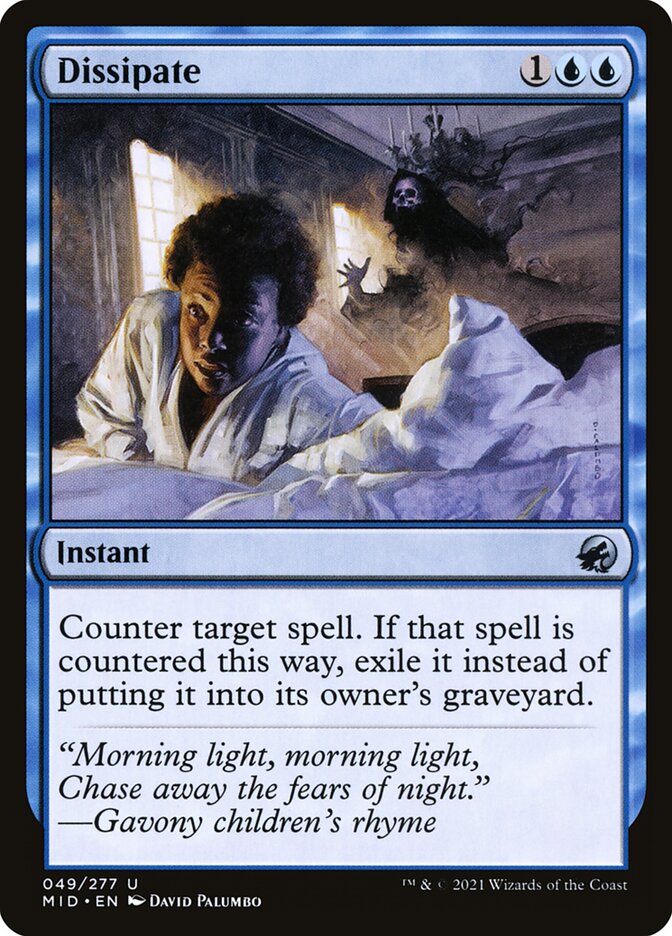 Counter target spell. If that spell is countered this way, exile it instead of putting it into its owner's graveyard.

Rules and information for Dissipate

If the spell is not countered (because the spell it targets can’t be countered), then it does not get exiled.

The card does not go to the graveyard before being exiled.