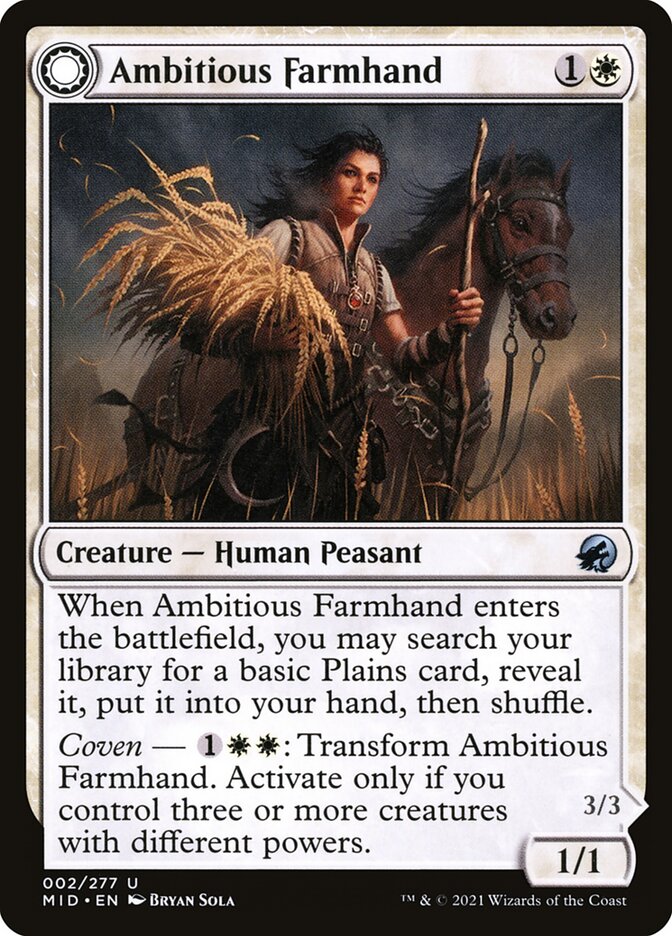 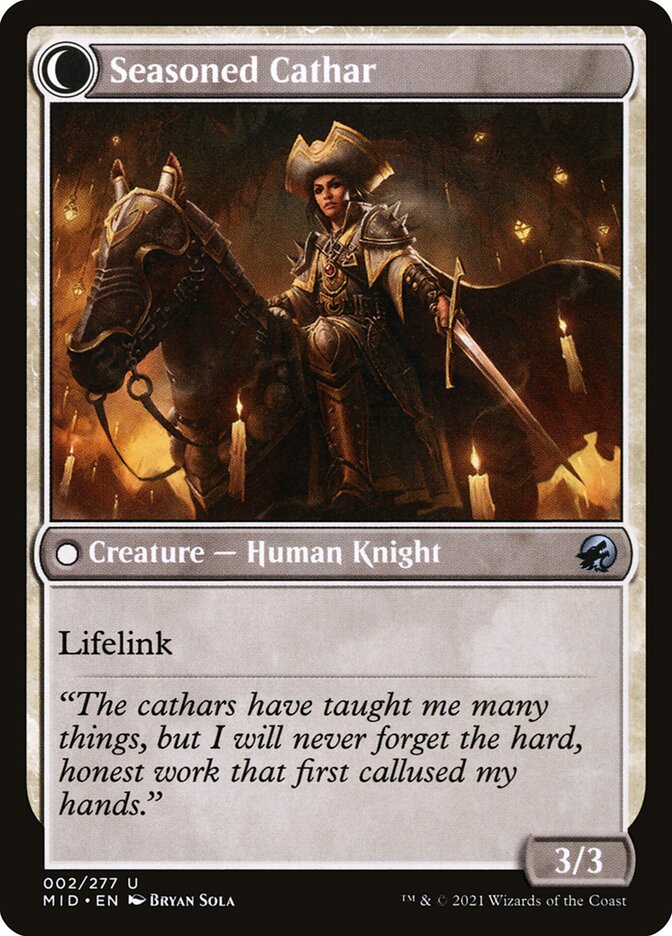 When Ambitious Farmhand enters the battlefield, you may search your library for a basic Plains card, reveal it, put it into your hand, then shuffle. Coven — : Transform Ambitious Farmhand. Activate only if you control three or more creatures with different powers.