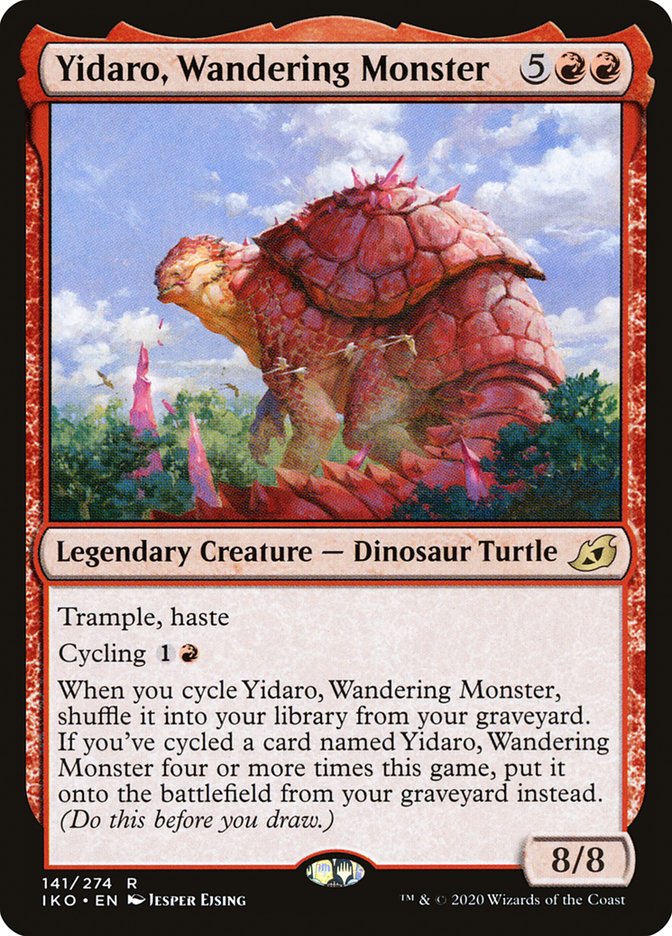 You don’t have to cycle the same physical card four times for Yidaro to get tired of being cycled and stomp onto the battlefield. Any cards named Yidaro, Wandering Monster will count.

If you cycle Yidaro but it isn’t in your graveyard as the triggered ability resolves, you can’t put it onto the battlefield or shuffle it into your library. You’ll still shuffle your library if you haven’t cycled Yidaro four times this game.

Triggered abilities from cycling a card and the cycling ability itself aren’t spells. Effects that interact with spells (such as that of Cancel) won’t affect them.