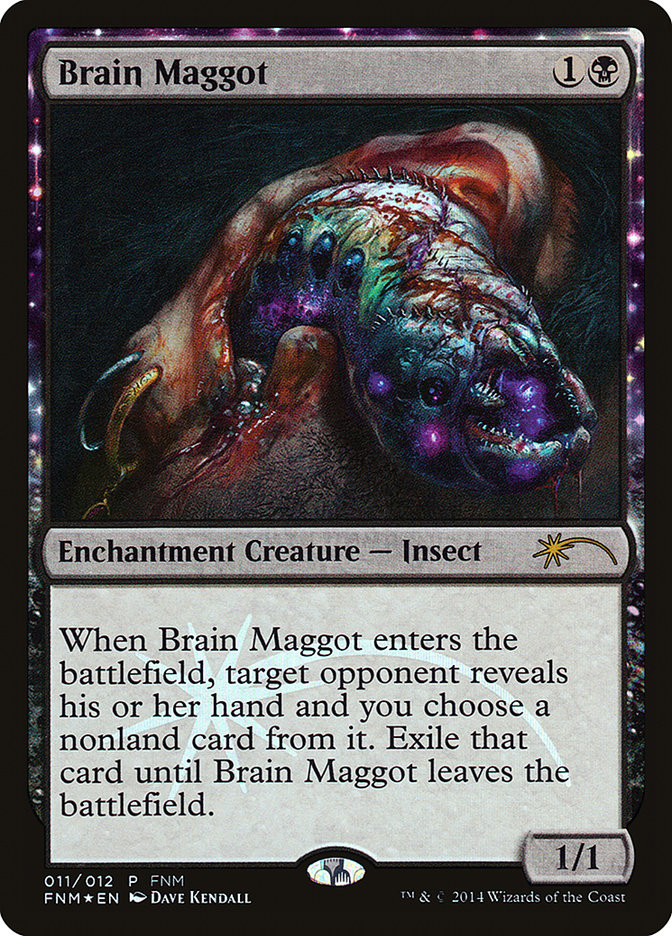 Rules and information for Brain Maggot

Brain Maggot’s ability causes a zone change with a duration, a new style of ability that’s somewhat reminiscent of older cards like Tidehollow Sculler. However, unlike Tidehollow Sculler, Brain Maggot has a single ability that creates two one-shot effects: one that exiles the nonland card when the ability resolves, and another that returns the exiled card to its owner’s hand immediately after Brain Maggot leaves the battlefield.

If Brain Maggot leaves the battlefield before its enters-the-battlefield ability resolves, the opponent will reveal their hand, but no card will be exiled.

The exiled card returns to its owner’s hand immediately after Brain Maggot leaves the battlefield. Nothing happens between the two events, including state-based actions.

In a multiplayer game, if Brain Maggot’s owner leaves the game, the exiled card will return to its owner’s hand. Because the one-shot effect that returns the card isn’t an ability that goes on the stack, it won’t cease to exist along with the leaving player’s spells and abilities on the stack.