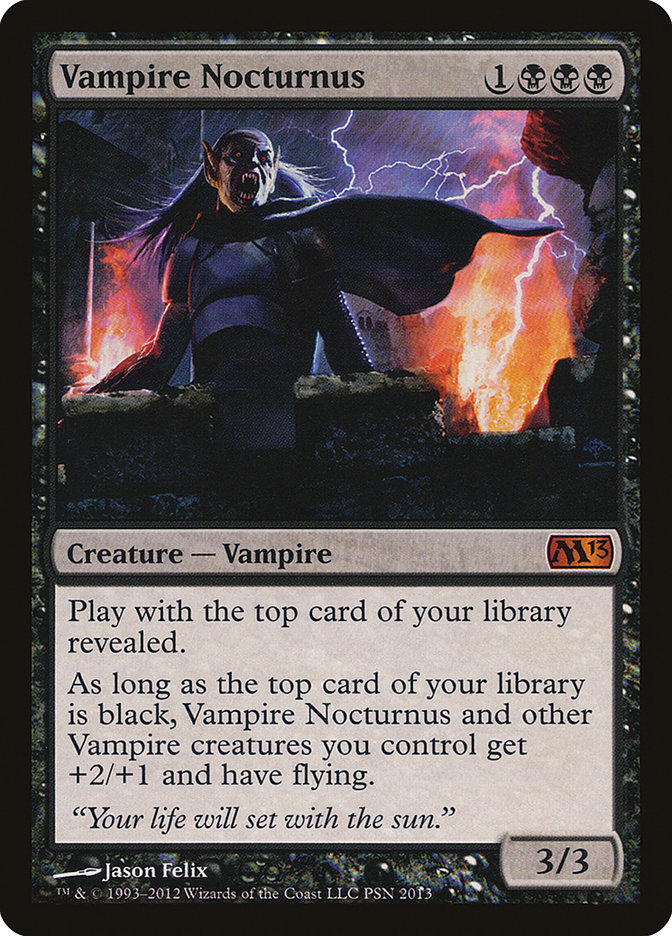 "Your life will set with the sun."

Rules and information for Vampire Nocturnus

To work as an evasion ability, an attacking creature must already have flying when the declare blockers step begins. Once a creature has become blocked, giving it flying won’t change that.

The top card of your library isn’t in your hand, so you can’t suspend it, cycle it, discard it, or activate any of its activated abilities.

When playing with the top card of your library revealed, if an effect tells you to draw several cards, reveal each one before you draw it.

If the top card of your library is black, Vampire Nocturnus will give itself +2/+1 and flying even if it’s somehow not a Vampire.