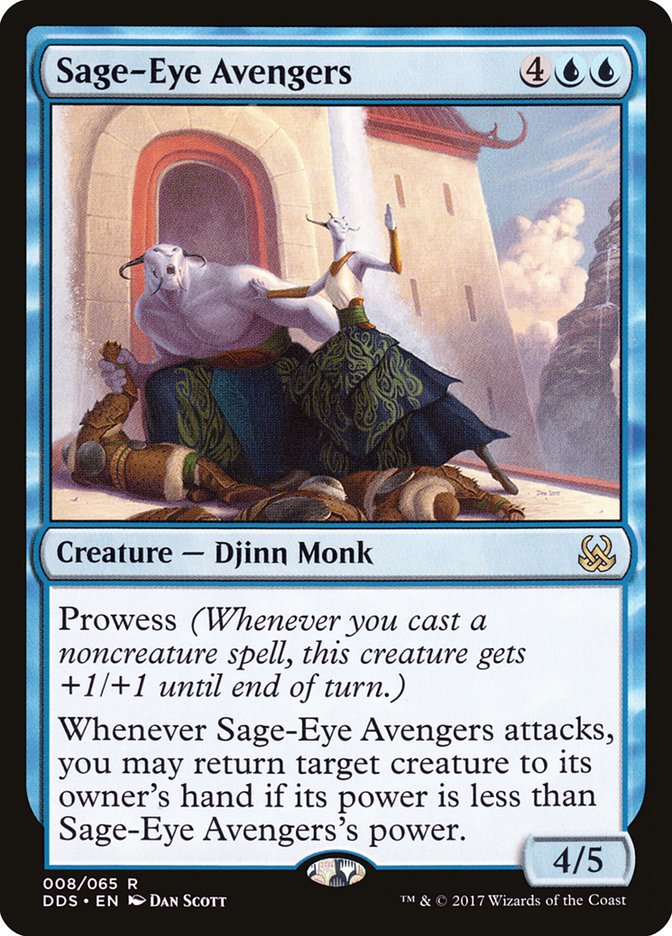 Prowess (Whenever you cast a noncreature spell, this creature gets +1/+1 until end of turn.) Whenever Sage-Eye Avengers attacks, you may return target creature to its owner's hand if its power is less than Sage-Eye Avengers's power.

Rules and information for Sage-Eye Avengers

Prowess triggers only once for any spell, even if that spell has multiple types.

Prowess goes on the stack on top of the spell that caused it to trigger. It will resolve before that spell.

Once it triggers, prowess isn’t connected to the spell that caused it to trigger. If that spell is countered, prowess will still resolve.