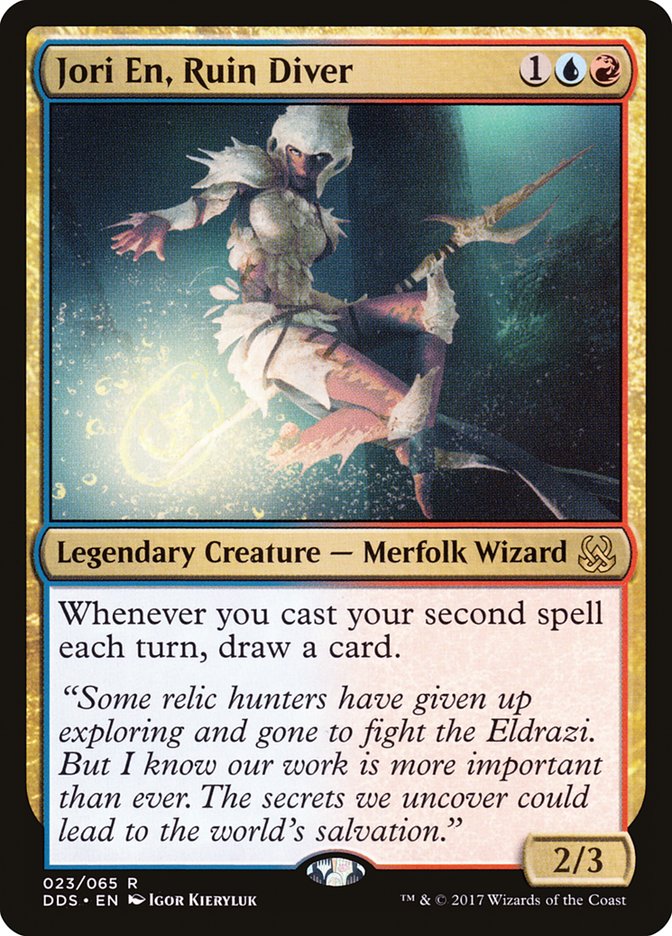 Whenever you cast your second spell each turn, draw a card.

"Some relic hunters have given up exploring and gone to fight the Eldrazi. But I know our work is more important than ever. The secrets we uncover could lead to the world's salvation."

Jori En’s ability can trigger only once each turn. The ability will resolve before the second spell resolves. It doesn’t matter if the first spell you cast that turn has resolved, was countered, or is still on the stack.

Jori En must be on the battlefield in order for the ability to function. Notably, the ability won’t trigger if Jori En is the second spell you cast in a turn.