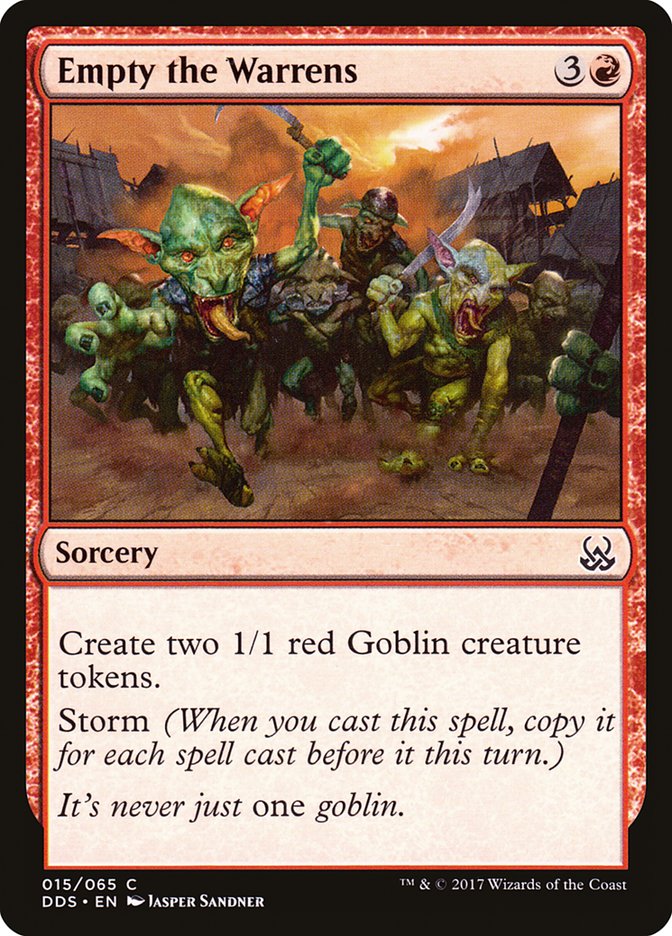 Text of card Empty the Warrens

Create two 1/1 red Goblin creature tokens. Storm (When you cast this spell, copy it for each spell cast before it this turn.)

It's never just *one* goblin.

Rules and information for Empty the Warrens