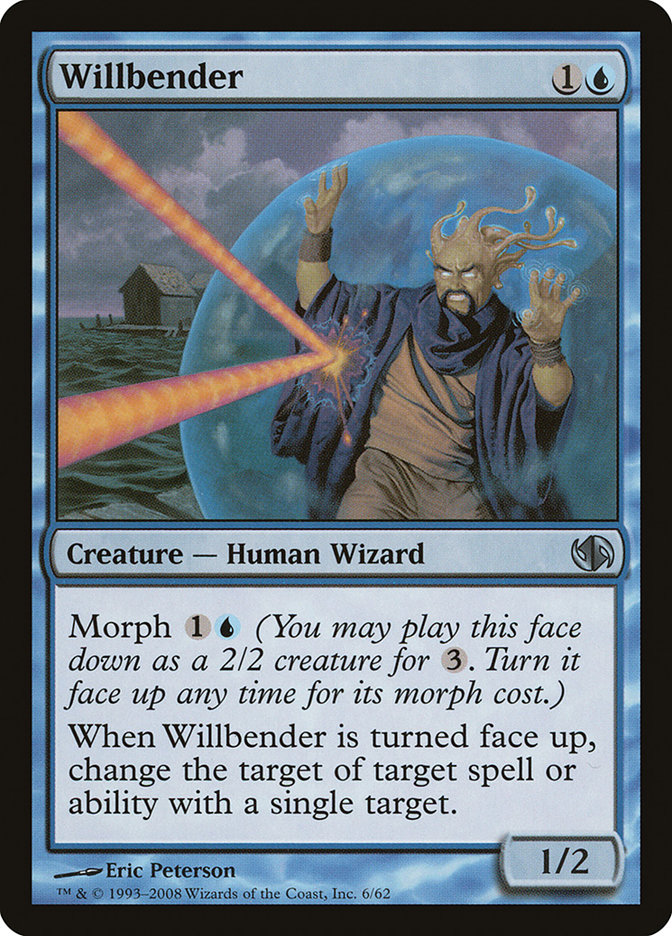 Morph (You may cast this card face down as a 2/2 creature for {3}. Turn it face up any time for its morph cost.) When Willbender is turned face up, change the target of target spell or ability with a single target.

Rules and information for Willbender

The trigger occurs when you use the Morph ability to turn the card face up, or when an effect turns it face up. It will not trigger on being revealed or on leaving the battlefield.

If a spell or ability targets multiple things, you can’t target it with Willbender’s triggered ability, even if all but one of those targets have become illegal.

If a spell or ability targets the same player or object multiple times, you can’t target it with Willbender’s ability.