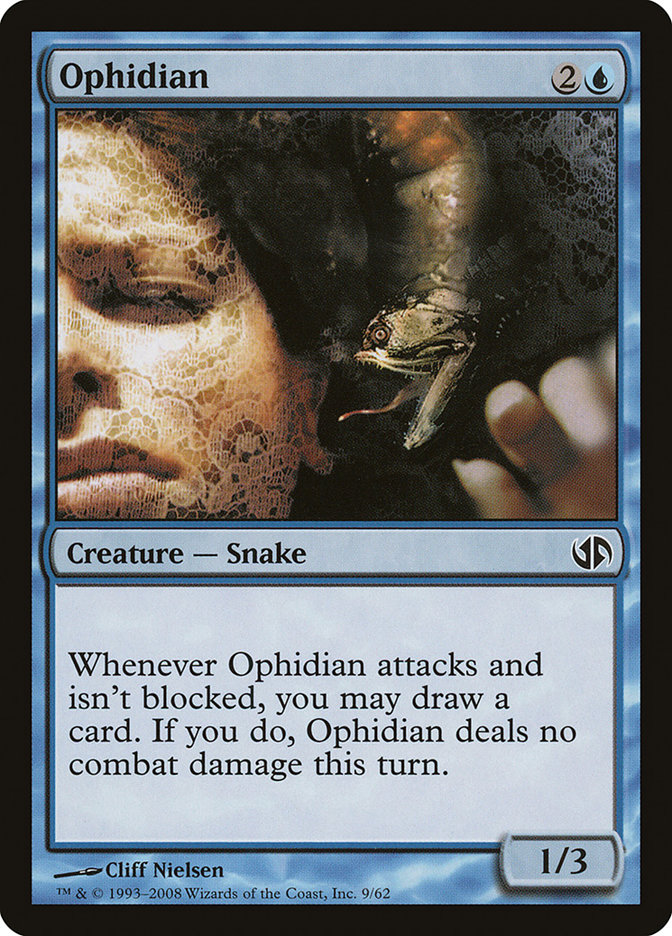 Whenever Ophidian attacks and isn't blocked, you may draw a card. If you do, Ophidian assigns no combat damage this turn.

Rules and information for Ophidian