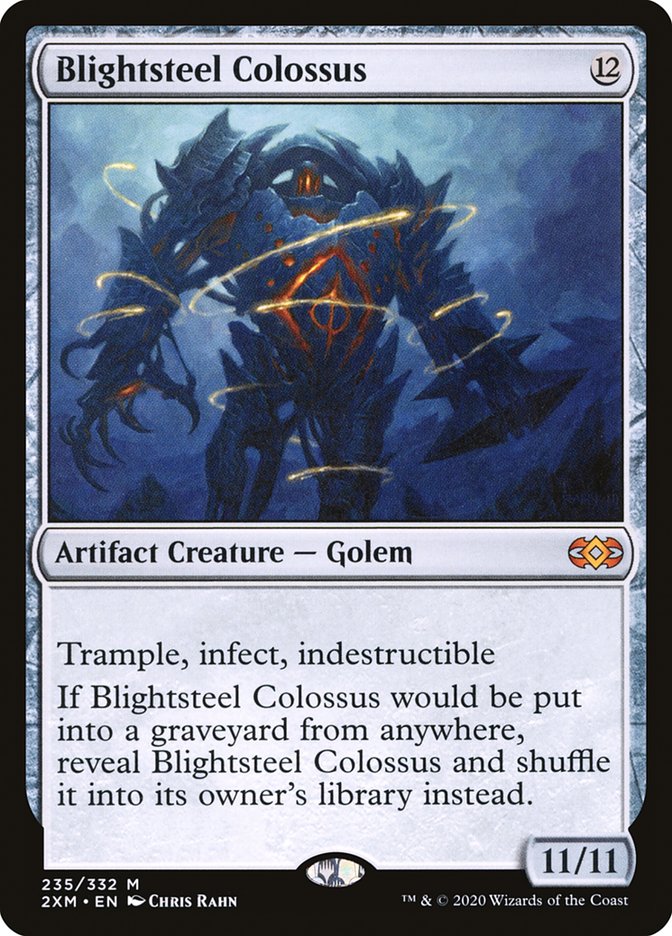 Rules and information for Blightsteel Colossus

A player who has ten or more poison counters loses the game. This is a state-based action.

The -1/-1 counters remain on the creature indefinitely. They’re not removed if the creature regenerates or the turn ends.