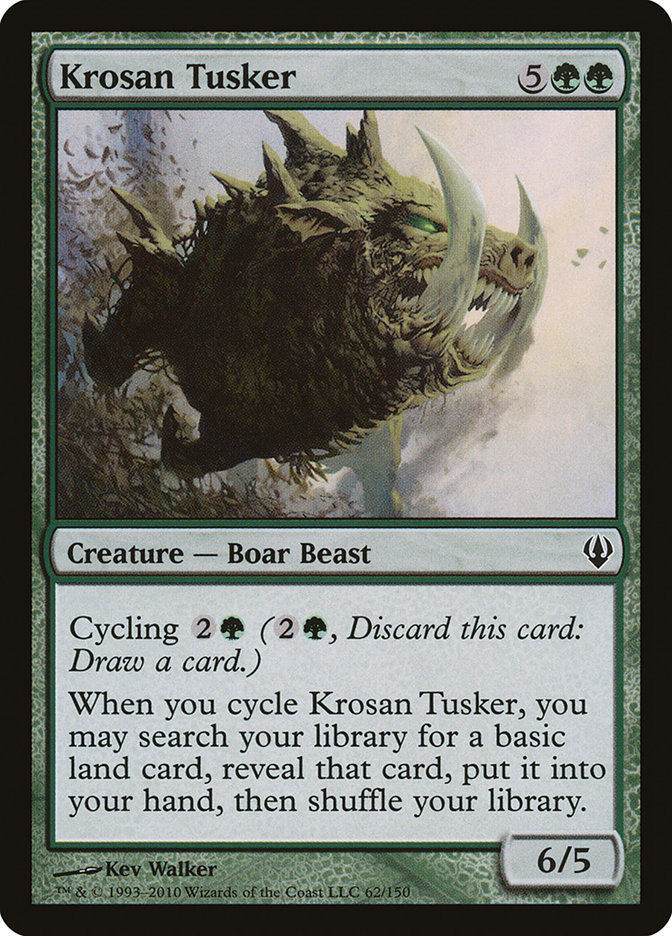 Cycling {2} ({2}, Discard this card: Draw a card.) When you cycle Krosan Tusker, you may search your library for a basic land card, reveal that card, put it into your hand, then shuffle. (Do this before you draw.)

Rules and information for Krosan Tusker