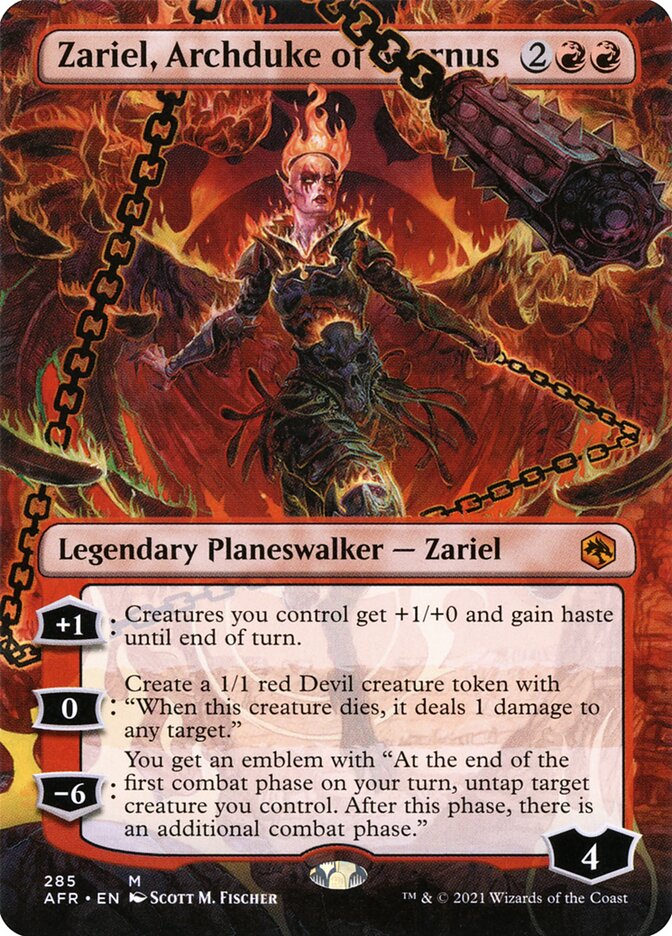 +1: Creatures you control get +1/+0 and gain haste until end of turn.
0: Create a 1/1 red Devil creature token with "When this creature dies, it deals 1 damage to any target."
-6: You get an emblem with "At the end of the first combat phase on your turn, untap target creature you control. After this phase, there is an additional combat phase."

Rules and information for Zariel, Archduke of Avernus

The ability of the emblem can target any creature you control, not just one that's tapped.

If the target of the emblem's ability becomes an illegal target by the time the ability tries to resolve, the ability won't resolve and none of its effects will happen. You won't get an additional combat phase.