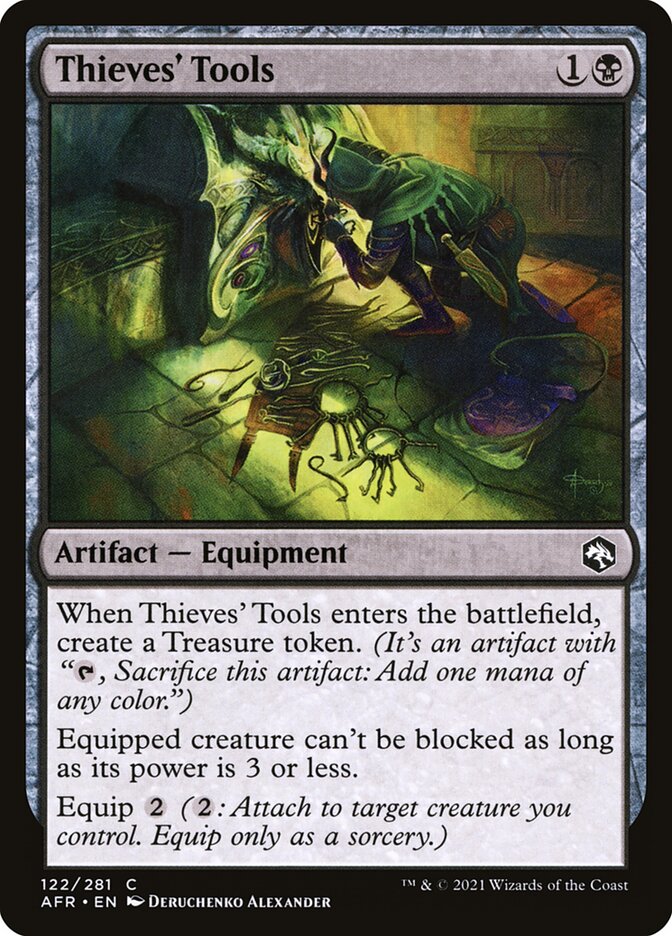 When Thieves' Tools enters the battlefield, create a Treasure token. (It's an artifact with ", Sacrifice this artifact: Add one mana of any color.") Equipped creature can't be blocked as long as its power is 3 or less. Equip {2} ({2}: Attach to target creature you control. Equip only as a sorcery.)

Rules and information for Thieves' Tools

The equipped creature's power is checked only during the declare blockers step. If its power becomes greater than 3 after blockers are declared, it still can't be blocked. Similarly, if its power becomes 3 or less after it's been blocked, this won't make it unblocked.