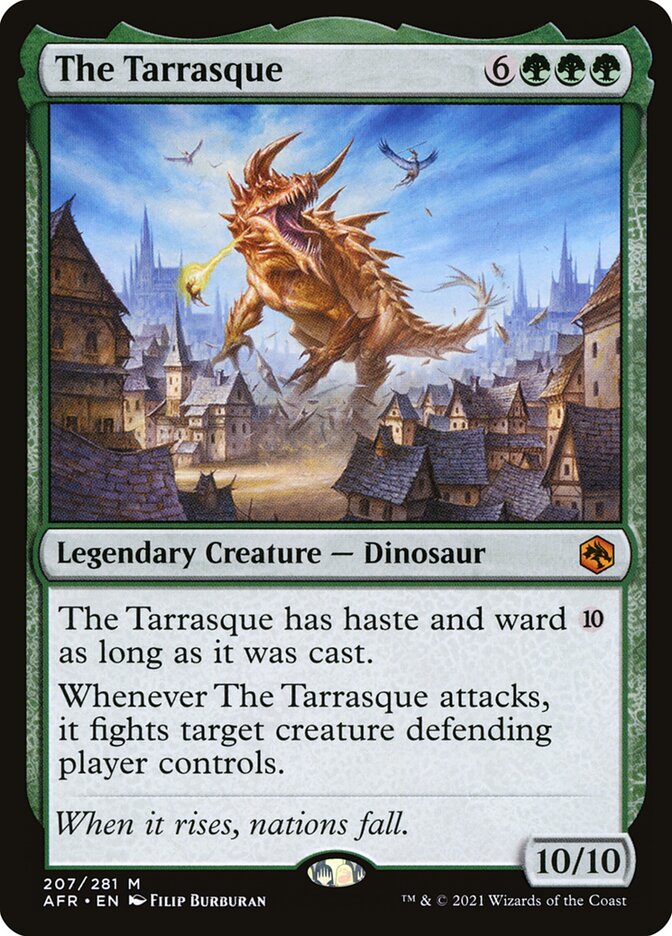 Text of card The Tarrasque

The Tarrasque has haste and ward {10} as long as it was cast. Whenever The Tarrasque attacks, it fights target creature defending player controls.

When it rises, nations fall.

Rules and information for The Tarrasque

Fighting is not optional. If there is at least one legal target for The Tarrasque's last ability, it must fight.

The Tarrasque will have haste and ward {10} even if it was cast from a zone other than your hand. May we suggest the command zone?

The fight happens in the declare attackers step before blockers are declared. Unless the creature it is fighting survives, that creature won't be able to block that combat.