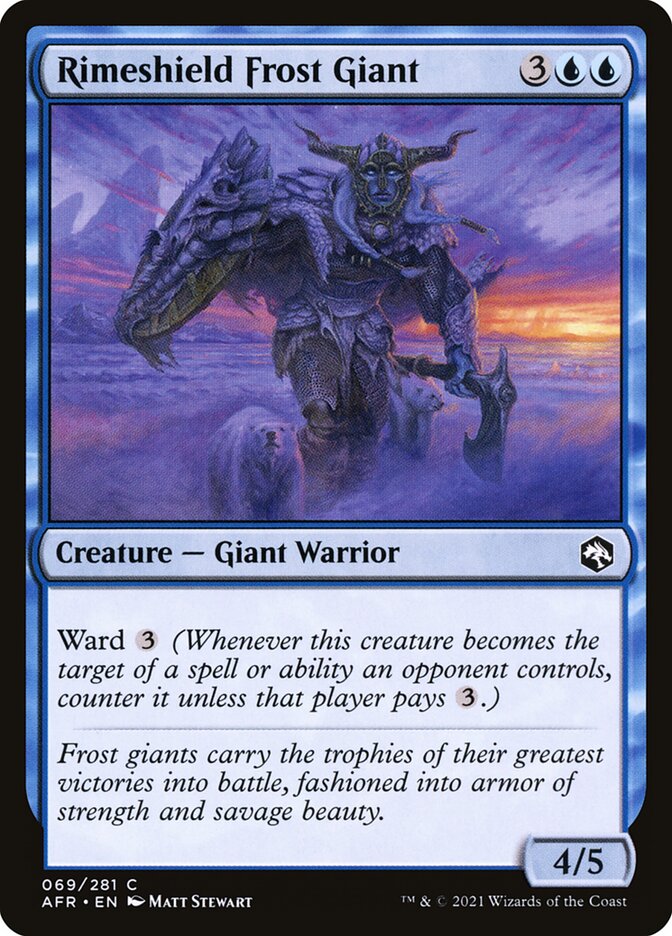 Ward {3} (Whenever this creature becomes the target of a spell or ability an opponent controls, counter it unless that player pays {3}.)

Frost giants carry the trophies of their greatest victories into battle, fashioned into armor of strength and savage beauty.